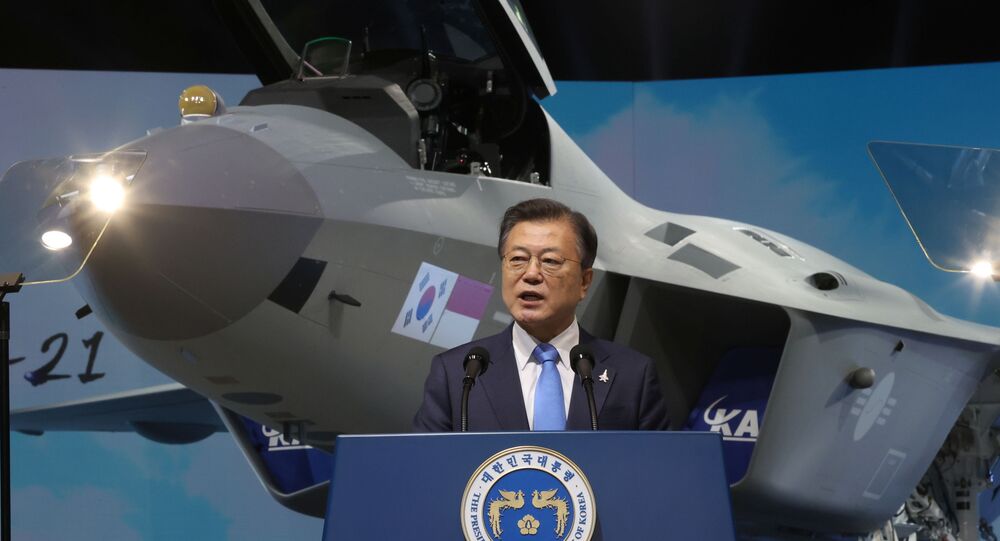 A mixture of high cost and low reliability have led a number of nations to seek their own indigenous alternatives to the US’ F-35 stealth fighter, including US partners like South Korea and Japan that have also agreed to buy some of the jets.

Attending were South Korean President Moon Jae-in and a delegation from Indonesia that included Defense Minister Prabowo Subianto. Jakarta has a 20% stake in the KF-21 program, although its commitment has been questioned in recent months amid economic troubles and a delay in payments to the program.

Photos snapped by reporters show a jet remarkably similar in appearance to the Lockheed Martin F-35 Joint Strike Fighter, albeit sporting a second engine and external hardpoints. According to KAI, the KF-21 will be superior to the F-35 in some respects, such as speed, but inferior in others, including stealth capabilities. KAI will also build a two-seater version.

At the ceremony, KAI revealed the jet’s designation will be the KF-21 Boramae, or “Young Hawk.”

“A new era of independent defense has begun,” Moon said. The aircraft is intended to be a cheaper version of the F-35, an advanced US-made jet that is extremely expensive, but of which Seoul has already pledged to buy at least 60.

By contrast, the KF-21 is intended to replace South Korea’s aging fleet of imported US jets, including the F-4 Phantom II and F-5 Tiger fighters. Moon said the first flight would come next year, and that the country would have 40 combat-ready jets by 2028, with as many as 120 ready by 2032.