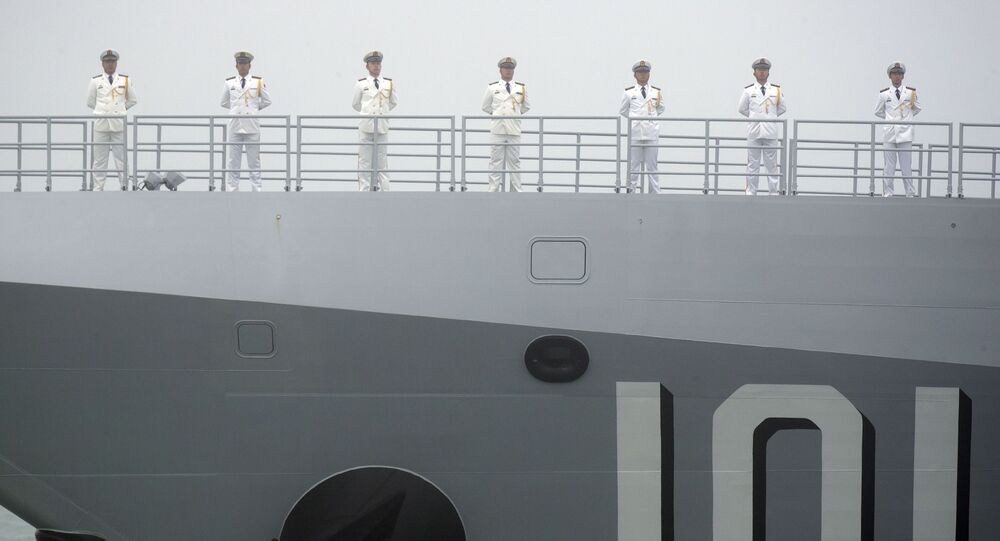 The warship is capable of performing anti-submarine and anti-ship roles, and can serve as an escort to the Chinese People’s Liberation Army Navy’s burgeoning aircraft carrier fleet.

Сhina rolled out its sophisticated destroyer, which can shoot down satellites and ballistic nuclear missiles, during a training exercise on Thursday.

Picture below is their course.

With the warship’s displacement exceeding 12,000 tonnes, the Type 055 is the world's second-most powerful destroyer after the US Navy's Zumwalt-class, according to the newspaper South China Morning Post (SCMP).

The Sun newspaper, in turn, reported that the Type 055 “dwarfs its American opponent in stealth and surreptitiousness”.

The 180 meter (580 foot) long Chinese vessel has 112 vertical launch missile cells, which can launch a combination of surface-to-air, anti-ship, land-attack and anti-submarine missiles.

The SCMP cited Collin Koh, a research fellow from the Singapore-based S. Rajaratnam School of International Studies, as calling the Type 055 the most capable surface combatant in the Chinese People’s Liberation Army Navy (PLAN).

According to Koh, and the destroyer's integration into China’s aircraft carrier group would help boost its combat capabilities.

“The Type 055 has a significant improvement over the preceding classes of destroyers, in particular the Type 052D, boasting a much larger weapons payload that gives unprecedented defensive and offensive capabilities to the PLA Navy”, he added.

The Nanchang is one of China’s two Type 055 destroyers which is currently in active service. A total of six such ships are reportedly due to enter service with the PLAN in the not-so-distant future.