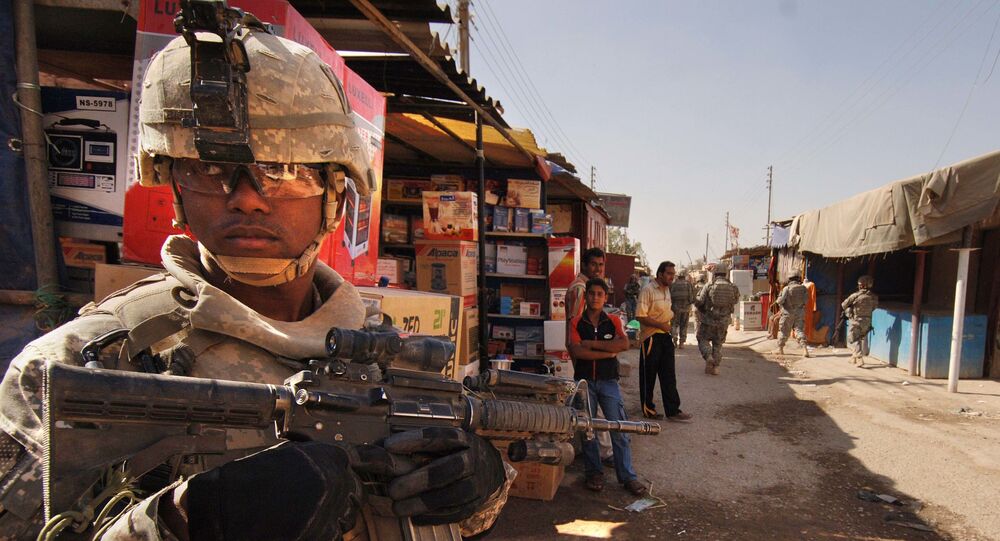 WASHINGTON (Sputnik) - Microsoft has won an enormous contract to produce vision-enhancing combat force headsets to the US Army, Program Executive Office Soldier (PEOS) announced in a press release on Wednesday.

In the contract, Microsoft will deliver to the US Army more than 120,000 HoloLens augmented-reality headsets for $21.88 billion over a ten-year period, according to reports.

© AP Photo / Todd Pitman
US Army Gives Priority to Battlefield Robots, Especially for Fighting China, General Says
"The IVAS aggregates multiple technologies into an architecture that allows the Soldier to Fight, Rehearse, and Train using a single platform. The suite of capabilities leverages existing high-resolution night, thermal, and Soldier-borne sensors integrated into a unified Heads Up Display," the release said.

A standard-issue HoloLens, costing $3,500, lets its wearer see holograms over their actual environments and can display a map and a compass with thermal imaging to reveal people in the dark and can aim a weapon, according to the release.