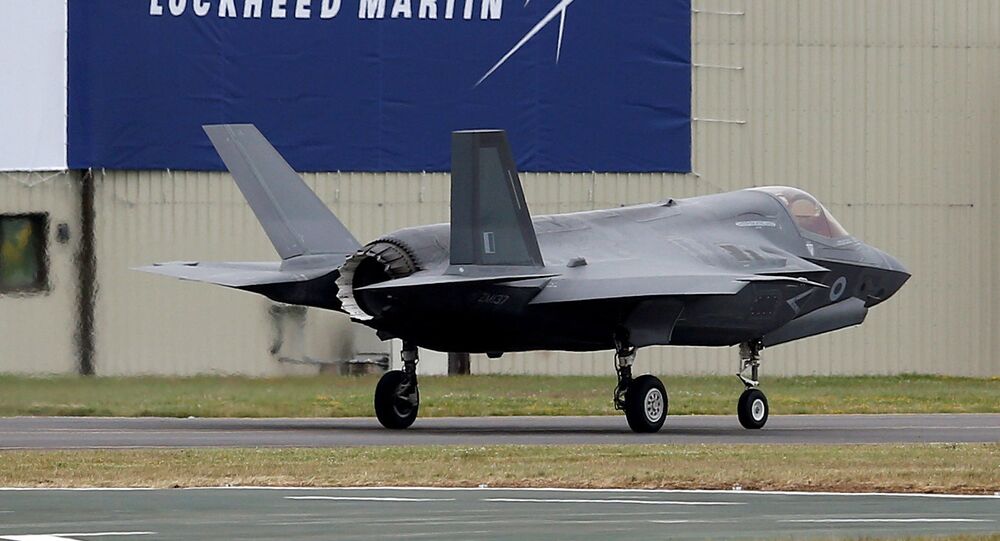 F-35 Sustains $2.5Mln Damage After Its Own Round Hits Hull During Training Flight

The fifth-generation stealth fighter has faced numerous obstacles on its way to being introduced to the US Air Force including repeatedly broken deadlines and numerous extensions to the multi-billion development budget. However, even after the end of the development, the jet boasts a plethora of bugs that emerge from time to time.

One of the US' F-35 fifth-generation stealth fighter jets, operated by the Marine Corps, has suffered damage to its hull caused by the jet's own 25mm projectile's explosion during a 12 March training flight at the Yuma Range Complex, Military.com news outlet reported citing Corps spokesman Andrew Wood.

The F-35B modification, which enables shorter take-offs and landings, managed to land safely with no one injured in the accident. However, the aircraft itself will have to undergo repairs which will cost around $2.5 million, the magazine added.

The marines are still investigating the cause of the incident. So far, the only thing known is that a 25mm semi-armour piercing high explosive round fired from the F-35B's GAU-22 Gatling gun exploded shortly after leaving the weapon's barrel. It is unclear if the shot, embedded with tracer for training purposes, was fired deliberately.

All versions of the F-35 come equipped with GAU-22 guns. Although the basic F-35 variant has its hidden inside the fuselage, the F-35Bs carry it in the external pod. The investigation should determine whether the incident was a result of pilot error, or a malfunction of either a gun or the 25mm rounds. The latter are often used by the jets in aerial combat against enemy fighters, but can also be effective in destroying ground enemy forces and vehicles, including armoured ones.

This is not the first time F-35 jets have faced problems, despite having been in development for several decades with the budget having been extended several times. Some of the bugs were deemed "critical" and prevented the jet from being employed by the US military for some time. The jet's creator, Lockheed Martin has been working on fixing those issues over the past few years, as well as on refining the costs of their maintenance.

The Pentagon was reportedly not satisfied with the defence company's work so far. According to Aviation Week & Space Technology, Acting Defence Secretary under President Trump, Christopher Miller called the F-35 programme a "piece of shit" and lambasted Lockheed Martin's lack of progress in reducing the sustainment costs for the fifth-generation jet down to a planned $25,000 per hour. Miller said that high maintenance costs might prevent the Pentagon from buying 48 to 60 jets a year as was originally planned.