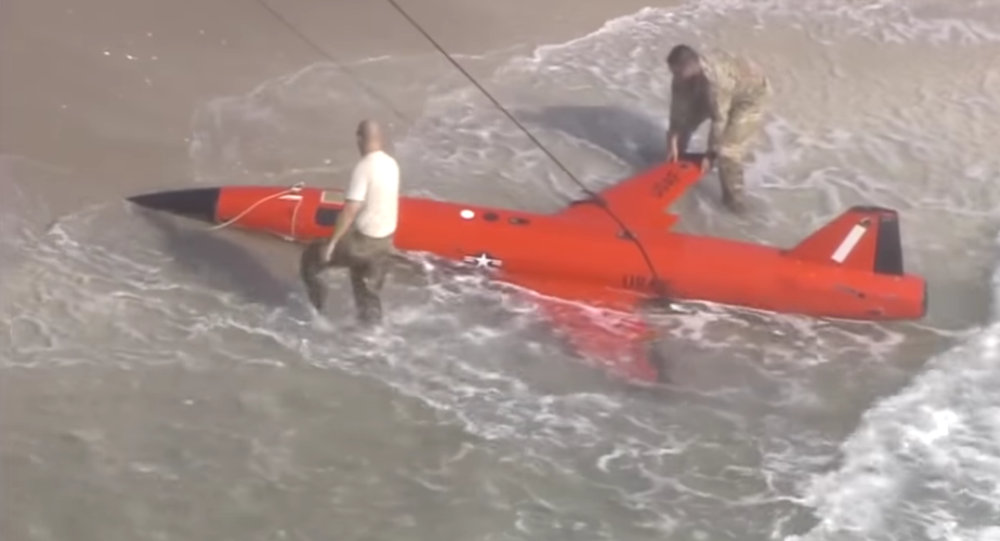 The US military has a long history of accidentally losing, dropping, and firing some of its most potent weapons, including four nuclear bombs in a bomber crash near Greenland. However, sometimes the mishaps are a bit more innocuous.

Residents in a southern Florida town were a bit puzzled last week after they found a strange-looking orange rocket washed up from the sea. According to the US Air Force, it’s a drone used for target practice.

It’s big, it’s orange, it looks like a missile and it says US Air Force on the side. The residents of Boynton Beach, Florida could be forgiven for fearing it could be an unexploded military weapon of some kind.

Officials say this Air Force drone washed up at Hammock Park in Boynton. The beach was closed for a little bit but now it’s been deemed safe and will sit here until it can be removed from the beach. pic.twitter.com/Jp9QqqFeNy

​According to the Palm Beach Post, the beach was closed on Friday morning after someone found the rocket, but was reopened after it was deemed safe.

So what is it, exactly? According to the Air Force Times, the device is called a BQM-167A aerial target system, and was almost certainly launched by Tyndall Air Base on the Florida Panhandle, which is on the opposite side of Florida from the Atlantic-facing Boyton Beach. That means it had to have gotten caught in the Gulf Stream and floated for perhaps two or three months to get to its present location.

The Air Force drone has been removed from the beach. @WPTV pic.twitter.com/wUF4hdyDQW

​The drone, which resembles a missile with a rocket engine attached at an odd angle, is made out of carbon fiber and epoxy resins and used for target practice for both aircraft and surface units.

“The system can be deployed to provide a threat-representative target for the test and evaluation of new air-to-air weapons systems of the USAF and the US Department of Defence (DoD),” Airforce Technology noted. “The aerial target system is also used to provide training for aviators in an air-to-air combat environment.”

While it’s unclear which exercise the wayward drone was launched in, Tyndall announced in November it was using them for its Checkered Flag 20-1 drills. Photos posted with a press release show several BQM-167A drones lined up ready to be launched.

"This is not the first time this has happened," USAF spokesperson Lt. Savannah Bray told the Palm Beach Post. "We are able to retrieve the vast majority of them, but every so often weather or winds pick up and we are unable to recover it, and they later wash up on shore."

In fact, the device has a phone number on the side to call in case you find it. It’s understandable why they’d want it back, too: each rocket costs $570,000. Typically, the Air Force sends out boats to retrieve them, but sometimes weather gets in the way.

This isn’t the only recent strange encounter south Floridians have had with US military rockets: last month, Miami residents spotted evidence of a mysterious rocket launch off the coast that was later revealed to be a US Navy test of a Trident submarine-launched ballistic missile.