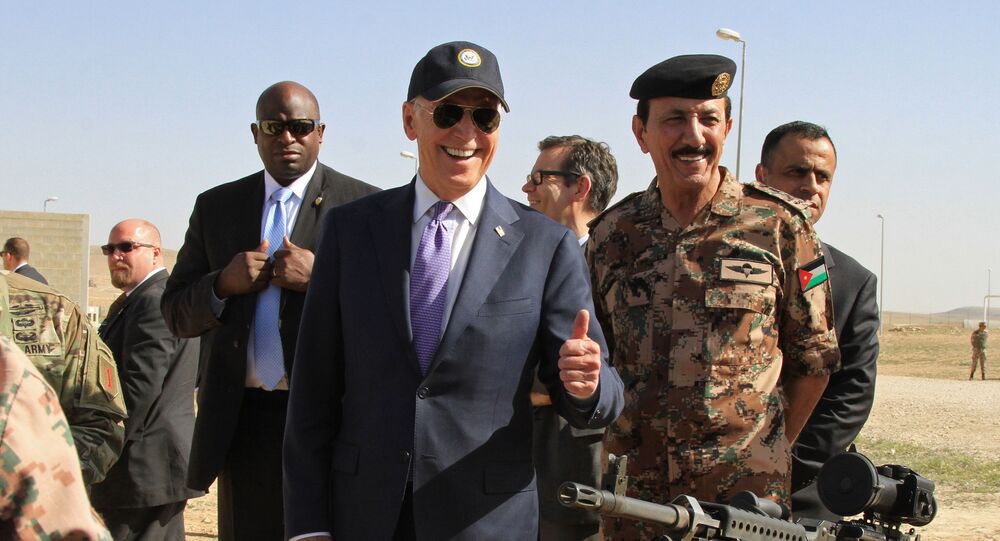 The deal was signed in January and approved by the Jordanian government last month, while bypassing the kingdom's parliament in an extraordinary move. According to the kingdom's foreign minister, the agreement was “the fruit of long negotiations.”

Jordan has published a new agreement with the United States that allows free entry of American troops, aircraft and vehicles into the kingdom, Al-Arabiya reported Sunday.

According to the report, the newly published accord states that the US forces, their aircraft and ships are authorized to “freely enter and exit Jordanian territory.”

In particular, the terms of the agreement reportedly stipulates that the “US forces may possess weapons and circulate with them on Jordanian territory while exercising their duties.” It also allows American military personnel to transport and stock equipment on the kingdom's territory.

Foreign Minister Ayman Safadi was cited by The Jordan Times as saying that the latest deal with Washington does not harm Jordanian sovereignty, but comes as part of the decades-long military and security cooperation with the US. He added that the agreement does not authorize foreign forces to conduct combat missions on the kingdom's territory, but focuses purely on training and cooperation in fighting terrorism in the region.

According to information published by the Congressional Research Service, there were approximately 3,145 US military personnel deployed to Jordan at the request of the kingdom as of June 2020, with the aim of combatting Daesh* and promoting stability in the region. The American military presence expanded in the kingdom as part of Operation Inherent Resolve against terrorists, with the troops stationed at Muwaffaq Salti Air Base.

A report by the American Security Project cited satellite images that reportedly showed the presence of US reaper drones at other bases in Jordan, but this has not been confirmed by US officials.