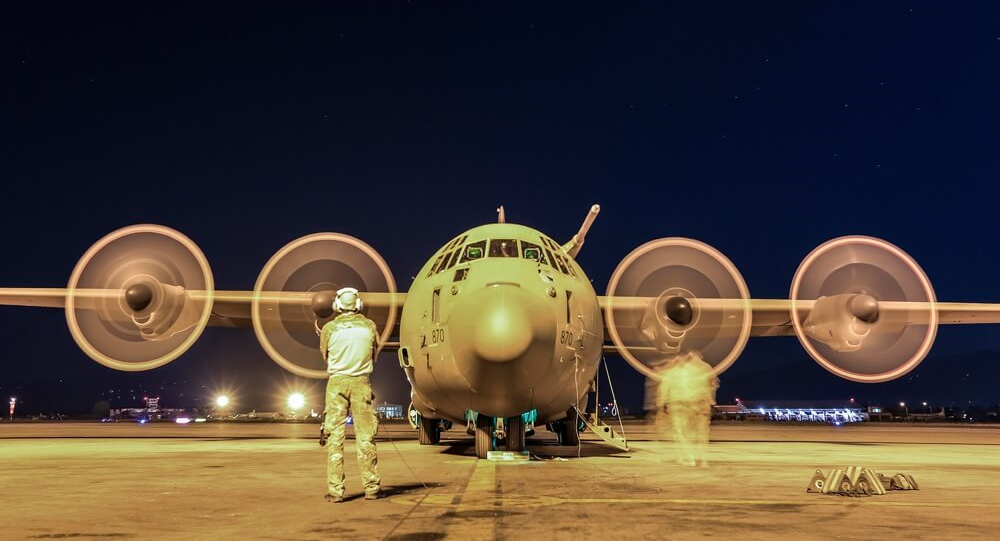 The Lockheed Hercules C-130 turboprop military transport has been the workhorse of the strategic airlift forces of dozens of countries for many decades, and has served the UK well in its 21st century wars, including the 2001 invasion of Afghanistan, the 2003 invasion of Iraq, and the 2011 operation that turned Libya into a failed state.

The Royal Air Force’s stock of 14 Hercules C-130J transports is reportedly set to be phased out entirely in the sweeping strategic review of Britain’s military capabilities tasked with making the armed forces fit to fight the wars of the future.

Defence insiders and people said to be familiar with the plans told the Financial Times that the move to scrap the planes will be formally unveiled Monday in a white paper, with the C-130Js’ workload to be picked up by Airbus A400M Atlas transports – the considerably newer and larger aircraft introduced into service in the mid-2010s. The RAF already has 20 A400Ms in its inventory, and plans to order “at least” two more.

The UK made the decision to buy the C-130Js in the mid-1990s, with the planes’ deliveries beginning in 1998 and 1999, just in time for the military campaigns that Britain would go on to fight in the Middle East and Central Asia in the 2000s and 2010s alongside its US allies. A Strategic Defence Review in 2010 called for the planes to be retired by 2022, but the plans were pushed back, with the remaining 14 C-130Js previously expected to keep flying until at least the mid-2030s.

The C-130J is a modernised version of the C-130, a US air platform first introduced into service with the US military in the mid-1950s, and exported to dozens of countries around the world ever since.

A source told FT that the plan to scrap the C-130Js “one of those hard decisions that had to be made.”

The Hercules isn’t the only weapons platform placed on the chopping block. According to recent reports, the Defence Ministry is expected to retire all 758 of the Army’s Warrior infantry fighting vehicles in favour of newer Boxer mechanised infantry vehicles, cut Army personnel from about 76,350 to 73,000, upgrade part of the fleet of Challenger 2 main battle tanks while mothballing the rest, and increasing Britain’s arsenal of nukes.

© REUTERS / Simon Dawson
UK Defence Secretary Stresses Need for Policy Review After Alleged Russian Space Arms Test
Last week, government and defence sources told The Telegraph that the military is expected to receive nearly £200 billion over the next decade ($277 billion US) to carry out the modernisation, which it is hoped will provide the country with new capabilities ranging from AI killer drones to the ability to project British power overseas, including in Asia and the Middle East.

At a press conference on Friday, Defence Secretary Ben Wallace promised that Monday’s White paper would provide “an honest assessment” of the UK’s military capabilities and plans, including “availability” and “deployability rather than just numbers on bits of paper.”

As Britain Chooses To Increase Warhead Stockpile, Just Who Has A Table At The Nuclear Weapons Club?