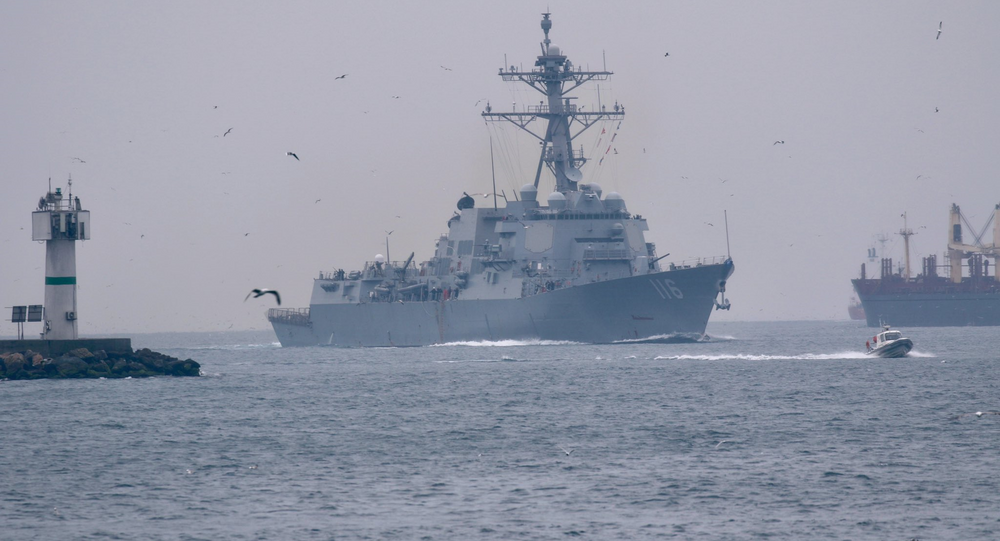 The deployment of American naval assets in the Black Sea is limited by the Montreux Convention of 1936, which restricts the stay of warships from non-Black Sea-adjacent states to 21 days. Additionally, no more than nine foreign warships weighing a total of 30,000 tonnes are allowed be present in the body of water at any one time.

The USS Thomas Hudner, an Arleigh Burke-class guided-missile destroyer, began its transit through the Turkish Straits into the Black Sea on Saturday to join the USS Monterey, a Ticonderoga-class guided missile cruiser, which arrived in the area a day earlier, the US 6th Fleet has reported.

BREAKING: 2nd @usnavy ship - #USSThomasHudner - began its northbound transit into the #BlackSea to conduct #maritimesecurity operations in the region. #USNavy ships and aircraft routinely operate in the Black Sea in support of our @NATO Allies & partners! pic.twitter.com/CjMvgJTD6R

The Navy says the destroyer is making its way to the Black Sea “to conduct maritime security operations in the region,” and calls the deployment part of US ships’ and planes’ “routine” operations. In a separate statement Saturday, the Navy Twitter account reported on the USS Thomas Hudner’s deployment and said its forces would continue “to fly, sail, and operate anywhere international law allows in support of our allies and partners.”

The Russian military "welcomed" the USS Monterey on Friday by reporting that it would be monitoring the warship’s activities throughout the duration of its stay. On Saturday, the Defence Ministry confirmed that the Black Sea Fleet's forces were also monitoring the USS Thomas Hadner.

It's not immediately clear whether one or more of the ships will be leaving the Black Sea to account for the USS Thomas Hunder’s deployment. Combined, when under full load, the two US and two Spanish warships weigh more than 31,000 tonnes, above the 30,000 tonne aggregate tonnage limit outlined by the Montreux Convention.

Both US warships are armed with Mk 41 vertical launch systems, containing a mix of Tomahawk land attack cruise and anti-aircraft missiles, and boast a range of weaponry for anti-submarine operation. The USS Monterey is also capable of carrying two Sikorsky SH-60B or MH-60R Seahawk helicopters, with at least one chopper spotted on the deck of the warship as it transited the Turkish straits on Friday.

The US and its NATO allies regularly engage in exercises in the Black Sea, occasionally involving forces from Ukraine and Georgia in the manoeuvres. Moscow’s former Romanian and Bulgarian allies, and Turkey, also take part. Russia has repeatedly criticised NATO’s Black Sea drills, saying they destabilise the situation in the region, and suggesting that exercises in the Black Sea should be limited to Black Sea powers.

Russia’s response to the drills has sometimes included the deployment of aircraft or ships to trail NATO vessels, with the US occasionally complaining about Russian pilots’ “unsafe” or “unprofessional” flybys near US ships or aircraft.