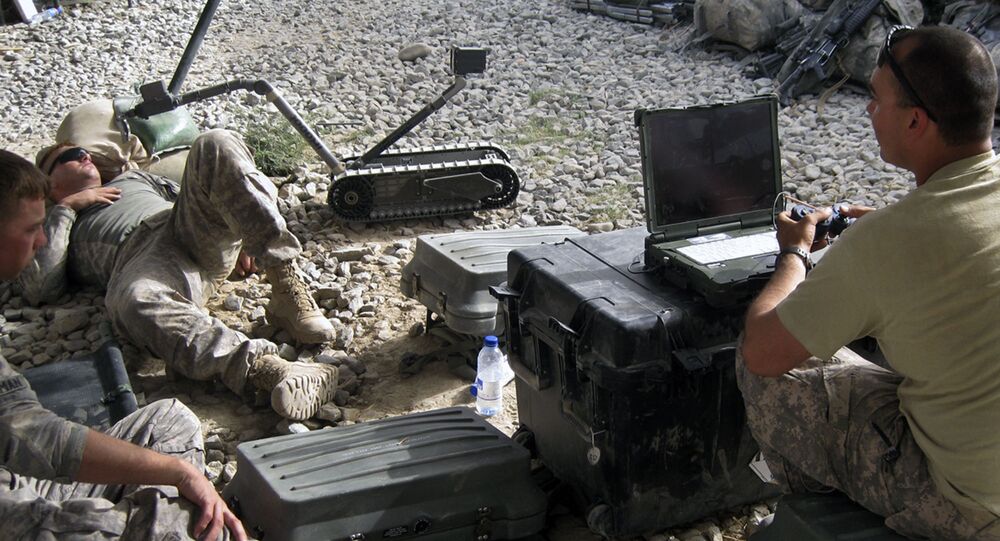 WASHINGTON (Sputnik) - One of the top two priorities of US Army tech is to develop various robots to carry out a variety of roles on the battlefield, Maj. Gen. Richard "Ross" Coffman, director of the US Army's Next-Generation Combat Vehicle Cross-Functional Team at Army Futures Command said on Monday,

"Our Number Two priority is robots - light medium and heavy - [that] can move out on the battlefield, have a weapon, breach an obstacle, put out smoke [and] carry sensors," Coffman told a Center for Strategic and Budgetary Assessments (CSBA) webinar.

Robotic capabilities would be especially important for the US military in any land combat with China, which can deploy a million man army with 10,000 tanks and armored vehicles, Coffman emphasized.

"There are robotic companies here [in Detroit] rapidly pushing the edge. ... We will fight outnumbered against China: The more robots we can get in the field to reduce the burdens on humans, that is [vital]," he said.

Robots for the battlefield would give the US Army a position of relative advantage where-ever it fights, Coffman added.