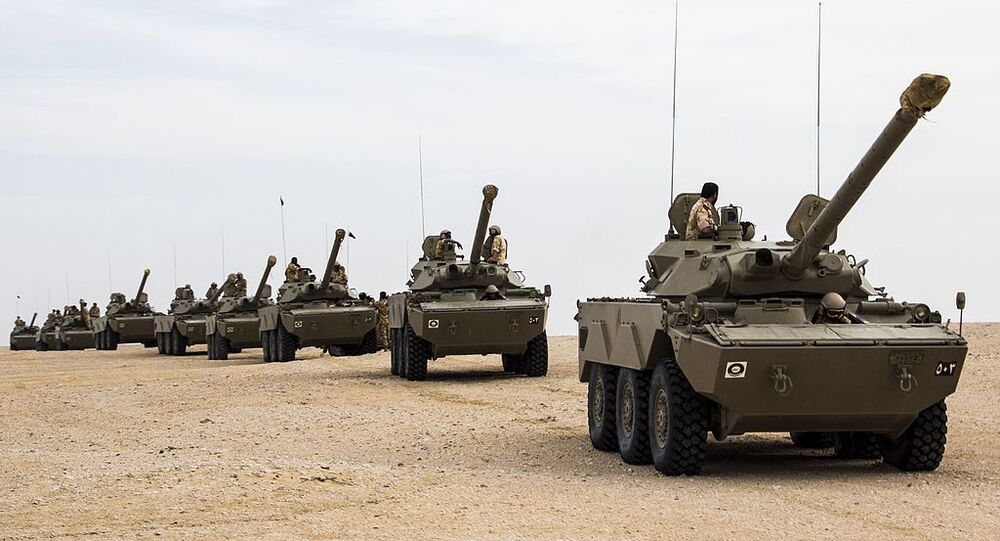 Substantial increases in arms sales by three of the top five exporters (the US, France, and Germany) were largely offset by declining Russian and Chinese exports, as the COVID pandemic is yet to take its economic toll on nations and affect their arms procurements.

International trade in major arms has levelled off over the past two five-year periods, with the exception of the Middle East, where there has been a sharp increase, the Stockholm International Peace Research Institute SIPRI has said in a fresh report.

Nevertheless, global arms trade has remained close to the highest level since the end of the Cold War in the early 1990s, when the Soviet Union collapsed. Whether there has been a break in trends on the global arms market, SIPRI's researchers are still hesitant to say.

"It is too early to say whether the rapid growth of arms transfers in the last two decades is over, Pieter Wezeman of SIPRI's research programme for weapons and military spending in the city of Solna, told national broadcaster SVT.

SIPRI, however, did not rule out the coronavirus pandemic possibly affecting the statistics for an entire five-year period.

"The economic effects of the COVID-19 pandemic may, for example, cause some countries to re-evaluate their arms imports in the coming years. At the same time, however, several countries have signed major arms contracts in the midst of a burning pandemic", Wezeman said.

With 96 client states, the US remains the world's largest arms exporter, increasing its global share of arms exports from 32 to 37 percent. Almost half (47 percent) of US arms transfers went to the Middle East. Substantial increases in transfers by three of the top five arms exporters (the US, France, and Germany) were largely offset by declining Russian and Chinese arms exports, SIPRI noted.

One major outlier is the Middle East, which clearly went against the trend and greatly increased its arms procurements by 25 percent during the same period. The spike is mostly due to major acquisitions by Saudi Arabia (up by 61 percent), Egypt (up by 136 percent) and Qatar (up by 361 percent).

"Ongoing wars in Yemen and Libya, rivalries between countries in the Gulf region, threats against Iran, and rising tensions over oil and gas reserves in the Mediterranean are important drivers of demand for weapons in the region", Pieter Wezeman commented.

Based in the Swedish capital, the Stockholm International Peace Research Institute was founded in 1966 to provide data, analysis, and recommendations for armed conflict, military expenditures, and arms trade as well as disarmament and arms control. Their research is based on open sources and is directed at decisionmakers, researchers, the media, and the public.

To avoid statistical glitches, the researchers compare five-year stretches. This model has been in use since 1981, when the superpowers were locked in the Cold War and armed themselves to unprecedented levels.