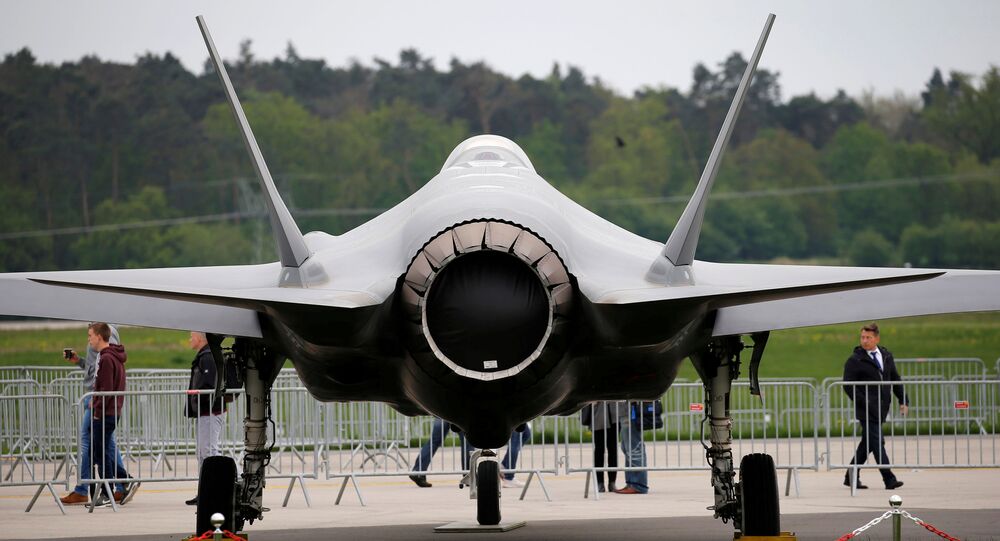 The US Department of Defence has been trying to reduce its dependence on Chinese rare earth minerals since 2019, amid tensions between the two countries.

"The government wants to know if the US may have trouble making F-35 fighter jets if China imposes an export ban," the report said, quoting an anonymous Chinese government adviser.

The rare earth elements such as yttrium, dysprosium, samarium and neodymium are crucial for the modern US defence industry. They are used in laser optics, missile guidance and control systems, satellite communications and other high-tech applications.

Rare earth elements are also used in other industries to produce electric vehicles, turbines and smartphones.

China currently accounts for at least 60% of global rare-earths production. The price on the metals surged by the end of 2020 due to geopolitical tensions, BMO Capital Markets said.

According to the Financial Times, industry executives said that Beijing wanted to better understand how quickly the US could find alternative sources of rare earth elements and increase its own production capacity.

Zhang Rui, an analyst at Antaike, a market research and consulting company, said in November that US defence contractors could be among the first companies to become targets of the export ban.

China started imposing quotas on rare earth production in 2007 to keep prices high and reduce pollution; however, miners regularly exceed those limitations. The latest regulations could allow the government to impose heavy fines for unapproved sales.

In 2020, then-President Donald Trump issued an executive order declaring a national emergency to deal with the United States' reliance on "foreign adversaries" for critical materials important to the US’ "economic and military strength in the 21st century".

Trump launched an investigation into US dependence on rare earth elements from China. This came as a part of a larger trade conflict between Washington and Beijing where governments imposed rounds of steep tariffs on each other’s products.

Beijing met the new US administration of Joe Biden with cautious optimism. Chinese President Xi Jinping, in a phone conversation with Biden stressed the need for cooperation between Washington and Beijing and called their first telephone conversation a positive signal for the entire world.

More recently, however, White House spokeswoman Jen Psaki repeatedly stated that Washington's new approach towards China will be from a "position of strength", while last week Biden announced that a new Pentagon task force would be assembled to address matters related to China.