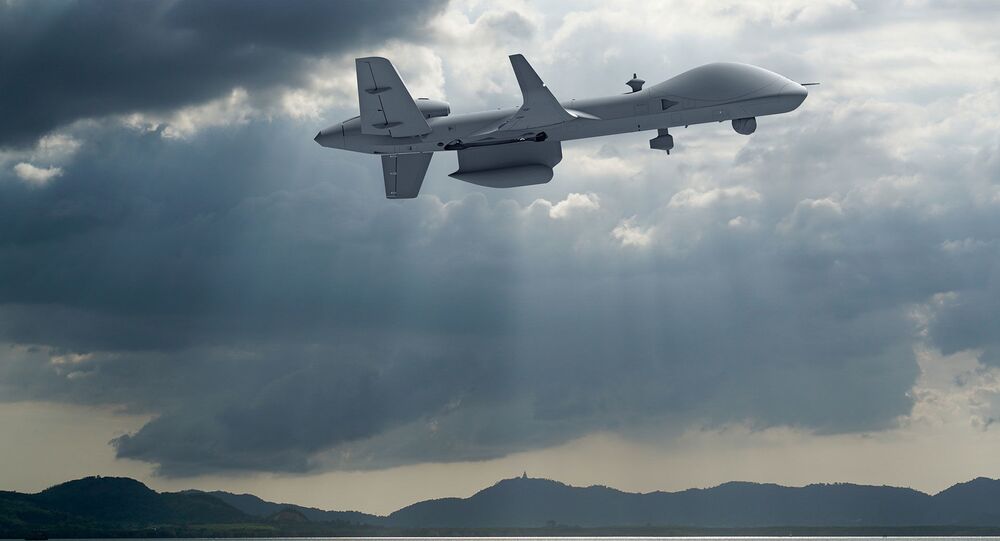 The US Navy operates few unmanned aerial vehicles, using the handful at its disposal for reconnaissance duties. However, it has plans for a vast expansion of unmanned forces above, on, and below the waves.

“The successful completion of this testing paves the way for future development of more Anti-Submarine Warfare capabilities from our MQ-9s. We look forward to continuing collaboration with the U.S. Navy as they explore innovative options for distributed maritime operations in the undersea domain,” General Atomics President David R. Alexander said in a news release.

The test saw the drone deploy 10 sonobuoys of several different types in order to ascertain the sea conditions in a US Navy test range off the California coast, then search the area for targets, finding an expendable training target and tracking it for three hours before transmitting the information to Laguna Flight Operations Facility Arizona’s Yuma Proving Ground.

According to the release, the research will go toward General Atomics’ version of the Reaper adapted for naval patrol, dubbed the MQ-9B SeaGuardian. The firm has already built small numbers of the drone for the British Royal Air Force and the Indian Navy, and is considering selling them to Taiwan.

Presently, airborne anti-submarine warfare duties in the US Navy are the purview of specialized helicopters like the SH-60 Seahawk, which have limited range, or massive airliner-size patrol aircraft like the P-8 Poseidon. The ability to transfer those duties to a small drone, even if it doesn’t carry weapons, could be extremely valuable.

Also on Tuesday, Italian aerospace company Leonardo announced a partnership with GA ASI to integrate into the SeaGuardan drone its SeaSpray active electronically scanned array (AESA), a powerful doppler radar that can detect, track and classify hundreds of maritime contacts at a time.

The US Navy also operates the MQ-4C Triton, a version of the RQ-4 Global Hawk surveillance drone modified for maritime patrol, and the MQ-8 Fire Scout, a helicopter drone used for reconnaissance and precision targeting.

While the Fire Scout can fly from warships capable of supporting other helicopters, the US Navy currently only flies its fixed-wing drones from land bases, not aircraft carriers. However, the China State Shipbuilding Corporation’s 708 Institute design bureau has proposed a radical new design that would add a special electromagnetic catapult to China’s Type 075 helicopter carriers allowing it to launch fixed-wing drones.