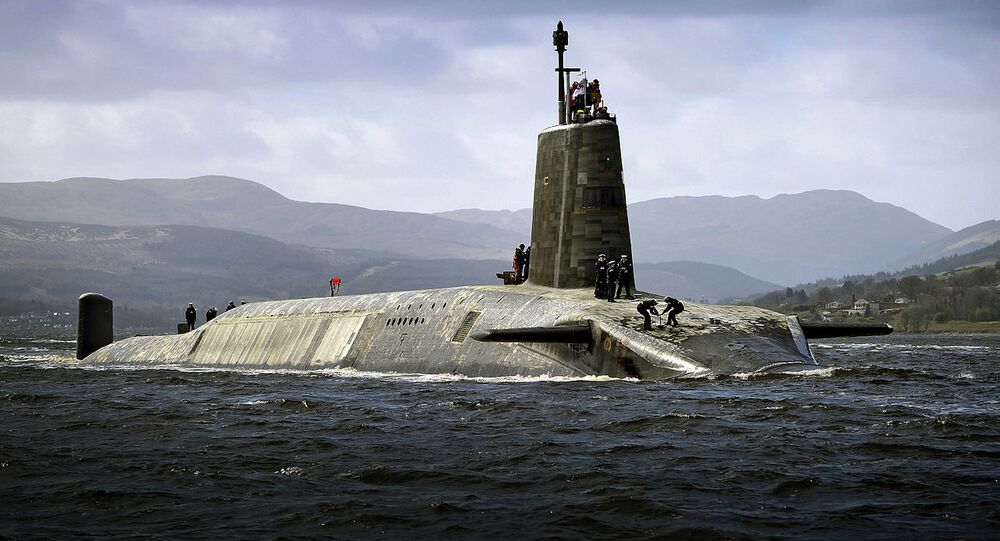 During the Cold War, the UK’s powerful nuclear arsenal was one of the key sticking points in disagreements between Moscow and Washington regarding the deployment of intermediate-range nuclear weapons in Europe. In 1987, Soviet leader Mikhail Gorbachev agreed to US demands and signed a treaty banning them. The US scrapped the agreement in 2019.

Although the UK’s nuclear arsenal is dwarfed by that of its principal ally, the US, to the point where President Donald Trump reportedly didn’t even know the country was a nuclear power at one point, Britain’s nukes are nevertheless a potent deterrent that can “devastate even the largest of countries”, The National Interest contributor Kyle Mizokami writes.

The UK, which became the third country after the United States and the Soviet Union to develop, test and build nuclear weapons, currently relies on four Vanguard-class submarines that can carry up to 16 Trident missiles apiece, with each missile containing multiple independent reentry vehicle (MIRV) warheads, and each warhead having a throw weight of 100 kilotons.

The number of warheads per sub has been reduced over the years, from a planned 128 per sub when the programme was announced, to 40 in 2010, with the latter inventory now split between eight missiles on each sub. Each Trident has a range of 12,000 km, sufficient to strike targets anywhere in Russia or China, and almost anywhere else in the world for that matter, from the subs’ deployment area in waters off the UK.

With at least one Vanguard-class sub on patrol at any given time, and given that Britain could theoretically deploy three of its four nuclear-armed subs at sea simultaneously, this means that London could launch all 120 operationally available nukes it has at its disposal from its 215 nuke total inventory in the event of war.

The UK’s Trident delivery system was preceded by the Polaris, another sub-launched missile which the Navy carried aboard its Resolution-class nuclear missile subs. These subs continued to serve as the UK’s nuclear deterrent until the mid-to late 1990s, after the end of the Cold War, when they were replaced by Trident-carrying Vanguard-class boats.

In 2016, London approved the creation of a new, 'Dreadnought-class' nuclear missile sub, with the estimated 31 billion pound programme expected to have the vessels carry the same Trident II D-5 missiles as their predecessors. Two of those boats –the Dreadnought and the Valiant, are already under construction, with two more, the Warspite and King George VI, announced. The subs are expected to begin entering into service in the early 2030s, and to serve until as late as the 2070s.

In the 1980s, after the United States moved to deploy nuclear-tipped land-based Pershing II and cruise missiles to Western Europe, the British and French nuclear deterrents became a key sticking point in negotiations between Moscow and Washington on the elimination of dangerous intermediate-range nuclear weapons, which it was feared could start a nuclear war in just minutes due to their short flight time. The Reagan administration told the Soviets that it would only rescind its deployment of the missiles if the USSR did so, even though a substantial portion of the latter country's territory was part of continental Europe. The Soviet Union argued that as NATO allies, the nuclear arsenals of Britain and France should be taken into account in any calculations. Washington rejected this reasoning.

In the late 1980s, in an effort to reduce tensions between the superpowers, Soviet leader Mikhail Gorbachev unexpectedly agreed to US terms, and in 1987 the two countries signed the Intermediate-Range Nuclear Forces Treaty, which prohibited the creation, building and deployment of all land-based missiles in the 500 to 5,500 km range. The treaty did not contain any points about the British or French arsenals, and allowed the US to continue deploying intermediate-range nuclear weapons in the air and at sea. In 2019, the Trump administration pulled out of the treaty anyway.

EXCLUSIVE: Was the Murder of British Anti-Nuclear Campaigner State-Sanctioned?