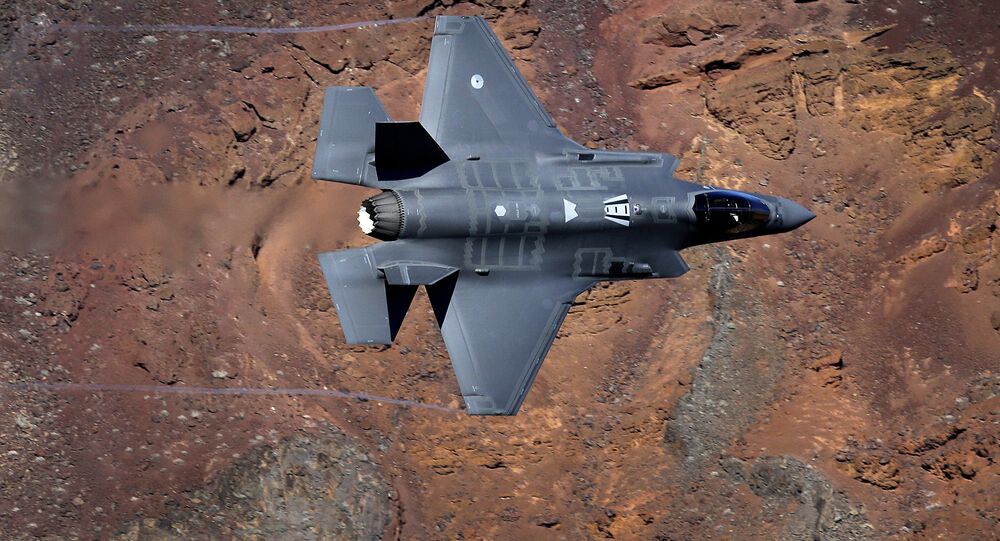 The Lockheed Martin F-35 Lightning II is the Pentagon’s do-it-all fighter platform, serving in three branches of the US military. It’s also the most expensive weapons platform ever made, with an estimated lifetime price tag of roughly $1.6 trillion, when accounting for procurement, operations and sustainment costs.

The F-35 fighter still has 871 hardware and software problems, including 10 mission-critical issues, a report by the Operational Test and Evaluation Office, has reportedly found.

The report, penned by agency director Robert Behler and obtained by Bloomberg ahead of its publication, says that the F-35 “continues to carry a large number of deficiencies, many of which were identified prior to” the development and demonstration phase ending in April 2018.

The flaws are said to include 10 ‘Category 1’ problems  – ie, those that could jeopardise pilot or aircraft safety or ‘degrade mission effectiveness’.

Lockheed says the problems are less serious ‘Category 1B’ issues which may have a “critical impact on mission readiness” but do not endanger the pilot or plane. In a statement to the business outlet, the company indicated that about 70 percent of the remaining issues are “low priority” problems, or those already presented for resolution to the F-35 Joint Programme Office - the Pentagon agency responsible for development and acquisition.

As for the ‘Category 1B’ issues, nine have already received “closure resolution plans,” with seven “delivered to the government awaiting action,” according to the company.

Among the unresolved issues are cybersecurity problems, as well as the lengthy time frames for repairing the complex aircraft.

Simulating the planes’ performance against a hypothetical Russian or Chinese adversary is another issue identified in the report, with that factor preventing the aircraft from being certified as fully combat-ready. A simulation to test the F-35’s performance against peers was scheduled to take place in December, but has been pushed back, with the Operational Test and Evaluation Office demanding a review no later than the end of May.

The 871 flaws listed in the report are just two fewer than the 873 issues reported in a similar assessment a year ago, but down from the April 2018 report which showed the plane to contain 941 flaws.

Lockheed has built or received orders to build nearly 1,000 F-35s, and may build several thousand more for the US military and a dozen allied nations in the coming decades.

F-35 Joint Program Office
Video: US Tests F-35’s Ability to Carry Out Supersonic Nuclear Strikes Over Nevada Desert
Its latest iteration, Block 4, has a range of issues associated with “ongoing problems with initial software quality,” according to Behler’s report, with “limited lab and flight test capability” leading to “a high rate of problem discoveries” during testing and operation.

The review comes just over a week before President-elect Joe Biden assumes office. His predecessor, Donald Trump, approved the continued procurement of the F-35s despite spending months criticising Lockheed Martin for “out of control” costs and suggesting that competitor Boeing outpriced an F-18 Super Hornet with comparable capabilities.