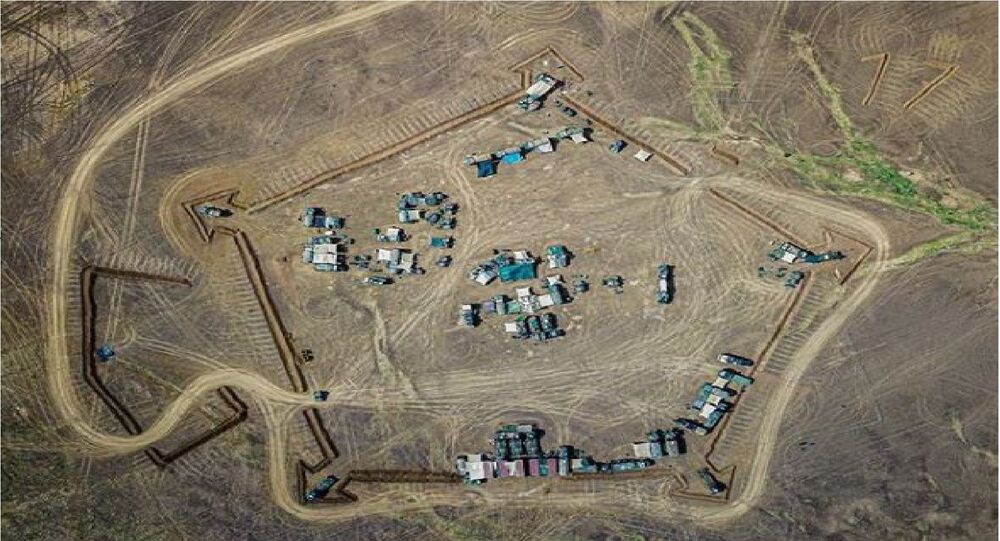 The French military has joined forces with other European nations and the US to fight against the remaining insurgents in the African country, which is to this day still being terrorised by Islamist groups.

The French military has used the designs of 17th century fortresses to build their camps in Mali, where they are fighting terrorist groups such as Ansar Dine, the Defensionem online media outlet pointed out, citing aerial photos of two French bases.

The camps, built by the Parachute Engineer Regiment to aid the military in controlling large swathes of land, are designed as pentagons with redans, arrow-shaped extensions, at each of the five points. In addition, at least one of the camps is surrounded by a moat. Such a structure allows the defenders to shoot at jihadists, should they attack the camp, from several directions, while leaving the attackers no cover to hide from the fire.

This design was, oddly enough, first developed four centuries ago by renowned French military engineer Sébastien Le Prestre de Vauban. It was highly effective at the time and allowed well-built and stocked fortresses to weather long sieges. Had the Malian militants and jihadists not been so poorly equipped, the “Vauban forts” might have been an ineffective defence against them. However, due to their lack of drones, attack aircraft, mortars, and tanks, the insurgents could hardly survive an assault on such a “fortress”.

French forces have been fighting militants, which have seized large parts of Mali's north, since the start of Operation Serval in 2013, and have since been joined by other European nations and the US under a mandate given by the UN Security Council. While Paris has been reducing its role in the operation, handing over some of the responsibility to other countries, it still maintains a certain military presence in the country.