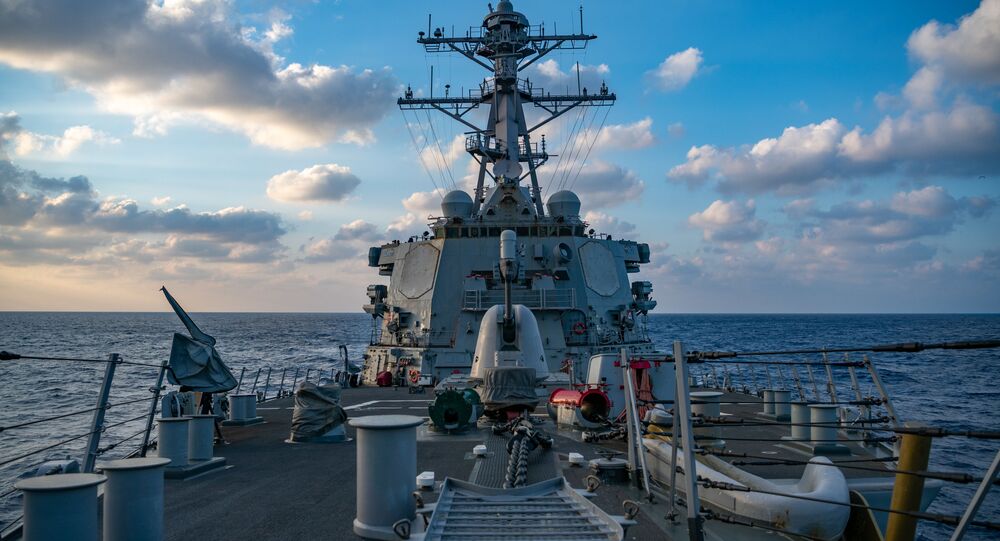 In early September, a Pentagon report mentioned China as the country with the world's largest navy, enhancing the Chinese military's capability to conduct operations all across the globe.

The US Navy will take a more fearsome position when responding to possible acts of aggression, expansionism, and breaches of international law by China and Russia, according a new report titled "Advantage at Sea".

The document, signed by the heads of the US Marine Corps, Navy, and Coast Guard, argued that the "rules-based international order is once again under assault", describing Moscow and Beijing as Washington's "determined rivals".

As far as China is concerned, the report also called it "the most pressing, long-term strategic threat" and "the only rival with the combined economic and military potential to present a long term, comprehensive challenge to the US".

According to the report, Beijing "seeks to corrode international maritime governance, deny access to traditional logistical hubs, inhibit freedom of the seas, control use of key chokepoints, deter our engagement in regional disputes, and displace the United States as the preferred partner in countries around the world".

The document noted that the US plans to equip its maritime forces with smaller and remotely piloted ships in a bid to maintain a strategic edge over the Chinese Navy.

US warships will "accept calculated tactical risks and adopt a more assertive posture" in their "day-to-day operations", the report pointed out.

The report cited the US Navy’s "daily" interaction with Chinese and Russian warships, referring to their "growing aggressiveness" and suggesting that a possible conflict may see China or Russia trying to enter territory before retaliation from the US and its allies.

"We are at an inflection point. Our actions in this decade will shape the maritime balance of power for the rest of this century", the document added.

Russia and China have repeatedly been mentioned by the White House as the most serious strategic threats to US military dominance. In the past twelve months, the US Navy has built up its so-called "freedom of navigation" activities off islands in the South China Sea, claimed by Beijing.

© AP Photo / Charlie Riedel
Senior US General Reveals How Pentagon Plans to Avoid ‘Losing’ Nuclear War With Russia, China
China has long accused the US of conducting such activities in the area which Beijing says may fuel a dangerous confrontation. Washington insists that the missions are needed to safeguard maritime traffic in the region.

The US has also been embroiled in a similar standoff with Russia, including an incident in late November, when a Russian warship shadowed a US Navy destroyer after it "operated illegally" in the country's territorial waters in the Sea of Japan, according to the Russian Defence Ministry.

“The USS John S McCain violated the territorial waters of the Russian Federation in the Gulf Peter the Great", the ministry said, adding that the warship Admiral Vinogradov threatened to "use a ramming manoeuvre to chase the violator" out of the area. The US Navy quickly described the statement as "false".