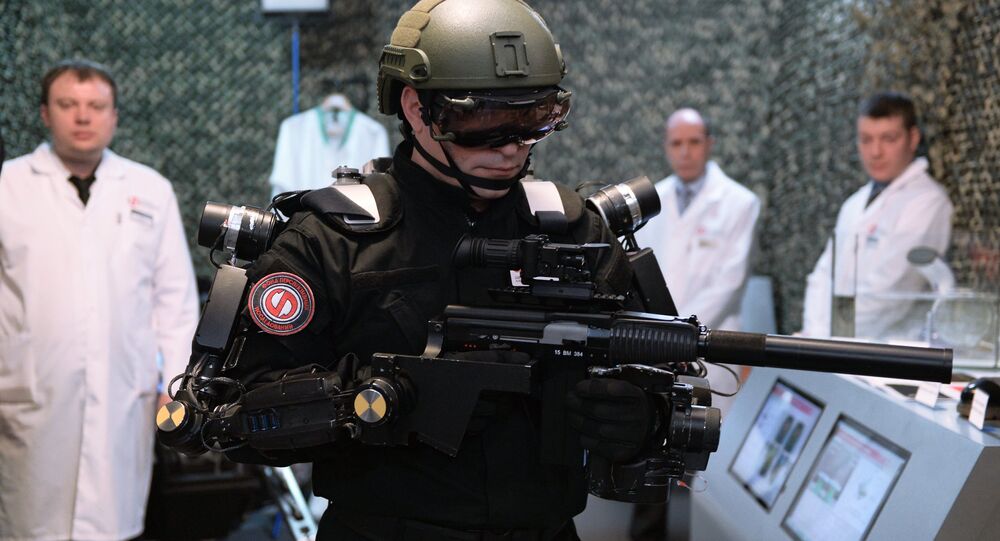 Super Soldiers Without Fear and Beyond Reproach: France Opens Way for Augmenting Its Military

Bionic soldiers on the battlefield may no longer be relegated to the confines of sci-fi flicks, as one NATO member has openly declared its intentions to look into the possibility of improving the bodies of its servicemen.

The ethical committee of the French Ministry of Armed Forces has allowed an array of scientific studies into the possibility of augmenting the combat capabilities of the country's soldiers via technology and chemical substances, essentially enabling Paris to start its own "super-soldier" programme, should it chose so.

The committee justified the move by claiming that certain world powers are already working on similar projects, but stopped short of naming names. The report stressed that it was "imperative" to start "research into the enhanced soldier", because otherwise Paris risks falling behind in terms of military technologies.

The report released by the ethical committee gave a general overview of the potential technologies that might be used to pump up French servicemen. Among them are an array of implants to serve various purposes – to boost "cerebral capacity", automatically inject drugs that fight combat-induced stress, to track troops' movements on the battlefield, or to simply identify friendly and enemy soldiers in the heat of a battle.

Another field of study is performance enhancing drugs, such as those that will keep soldiers awake for prolonged periods of time or will help them endure pain or extended periods of captivity. The committee also suggested the possibility of surgical intrusions into servicemen's physiology, namely to improve their hearing.

© Sputnik / Natalia Seliverstova
A model of a battle suit from the Central Scientific - Research Institute for Precision Machine Engineering (the institute is part of the Rostech state corporation) at the Russia Focused on the Future exhibition held in the Manezh Central Exhibition Hall, Moscow

Still, the ethical committee did set a red line in these studies. Paris won't be able to equip its troops with technology that would strip them of their "humanity", although it is not entirely clear, where the border between "machine" and "human" will be drawn in this instance. The report also suggested augmentations that would prevent soldiers from returning to civilian life, for example, an arm prosthetic with embedded weapon systems, should not be installed either.

When Will We See Bionic Soldiers in the Field?

Despite the French Ministry of Armed Forces committee's decision, it does not necessarily mean that augmented soldiers will emerge on the battlefield in the near future. Not only will the research and testing of such technologies take time, but Paris itself is yet to decide whether to use them or not. Minister of the Armed Forces Florence Parly said that at the moment France has no such plans to resort to such "invasive evolutions", but added the country wants to be ready if another nation chooses to develop its military in such a direction.

© CC0
Gene-Editing Technology Could Create ‘Super Soldiers’ if It Gets Into Wrong Hands, Scientists Warn

It is unclear if the minister was referring to specific nations, but US Director of National Intelligence John Ratcliffe claimed in the past that China is seeking to artificially augment its soldiers and even went as far as to suggest that Beijing had already started testing out some of these technologies.

Gene-Editing Technology Could Create ‘Super Soldiers’ if It Gets Into Wrong Hands, Scientists Warn

US Army to Use Exoskeletons to Build ‘Super-Soldiers’ (VIDEO)