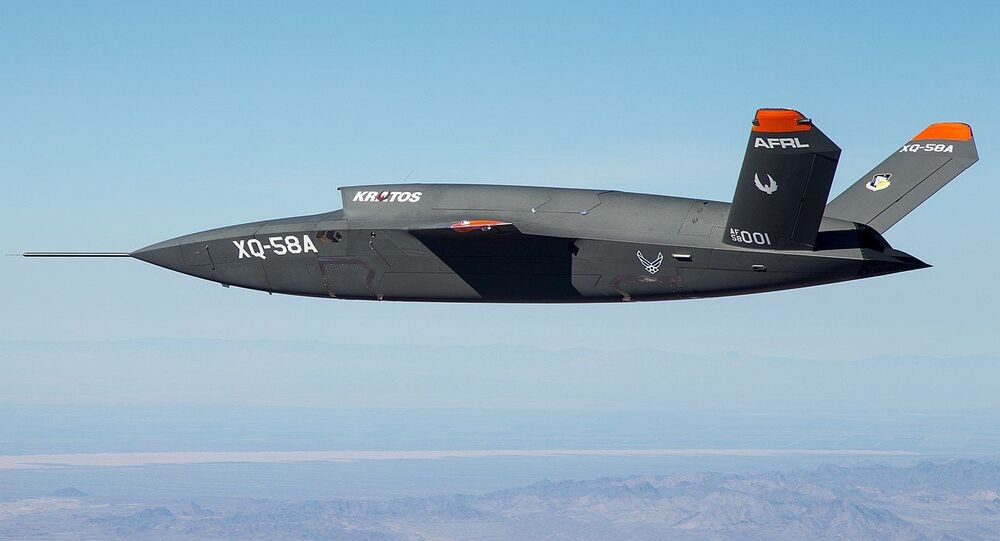 The US military is looking toward fielding more advanced artificial intelligence systems in future conflicts, including autonomous drones flying under the command of a human pilot. AI pilots have already bested humans in dogfights.

In its quest to develop an autonomous unmanned “loyal wingman” system to accompany manned fighters into combat, the US Air Force Life Cycle Management Center (AFLMC) has handed out contracts to three firms to build prototypes for testing by next summer.

On Monday, the Air Force announced it had awarded three contracts “to produce missionized prototypes” by May 2021. Boeing was given $25.7 million; General Atomics was given $14.3 million; and Kratos Unmanned Aerial Systems was given the largest amount at $37.8 million.

The three firms, plus Northrop Grumman, were given $400 million contracts in July that advanced them past the opening phase of Air Force selection.

The unmanned aerial vehicles (UAVs) won’t be controlled by a remote operator on the ground, however: they’ll be governed by the Skyborg Vanguard program, an artificial intelligence system that will one day be able to work alongside human pilots up in the sky.

Each firm has extensive experience with UAVs. Kratos has already built the XQ-58 Valkyrie for an early stage of the program, a stealthy drone that aesthetically mirrors the F-35 and F-22 fighters it could one day accompany into battle. Boeing has also built its own loyal wingman, the Airpower Teaming System (ATS), for the Australian military, rolling out its first model earlier this year, and General Atomics recently announced its experimental Avenger UAV, once intended to replace the MQ-9 Reaper, had demonstrated autonomous capability in air-to-air combat drills thanks to a new software upgrade.

According to the Air Force, the loyal wingman system will be an “atrittable” asset over the battlefield, able to scout ahead of manned aircraft, focus on specific targets and even take an incoming missile intended for a manned aircraft.

In addition to the trio of contracts intended to develop the aircraft component of Skyborg, the Air Force has handed out contracts to more than dozen other firms to develop all the components of the Skyborg AI, such as navigation, targeting, communication and other functions.

Computer pilots are becoming skilled enough to outwit their human counterparts, too. In August, the Pentagon’s Defense Advanced Research Projects Agency (DARPA) hosted a competition for dogfighting algorithms on a flight simulator, with the winning program getting to fly against a real human F-16 fighter pilot. Stunningly, the AI bested the veteran aviator in all five matches.