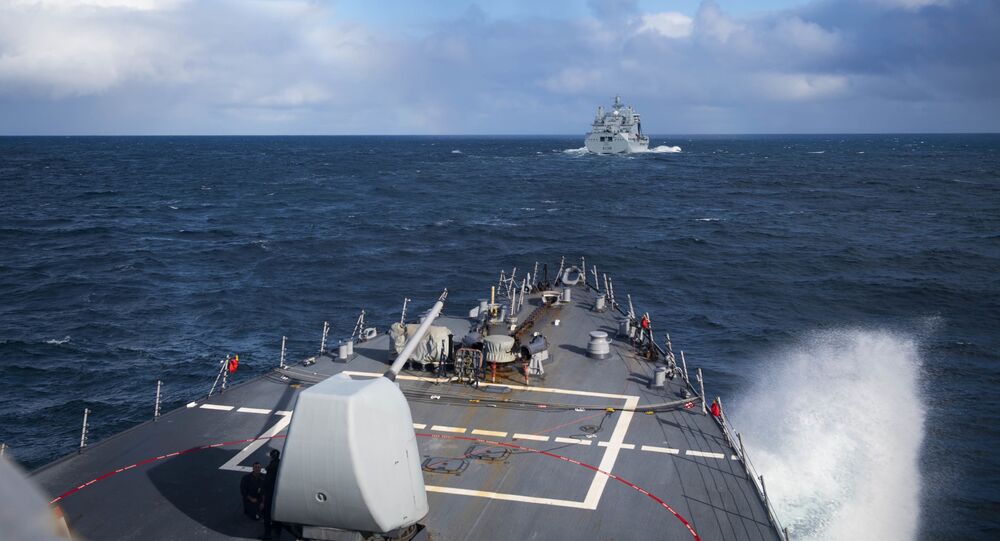 MOSCOW (Sputnik) - The US guided-missile destroyer Donald Cook is on its way to the Mediterranean Sea after completing a maritime security patrol mission in the Black Sea, the US Navy's 6th Fleet said on Wednesday.

"USSDonaldCook begins southbound transit to the #Mediterranean Sea after completing a successful patrol on the #BlackSea in support of @NATO Allies & Partners", the naval press service said on Twitter.

The ship entered the Black Sea on 23 November and conducted air defence exercises with NATO allies, the statement said.

© REUTERS / US Navy
An U.S. Navy picture shows what appears to be a Russian Sukhoi SU-24 attack aircraft flying over the U.S. guided missile destroyer USS Donald Cook in the Baltic Sea in this picture taken April 12, 2016 and released April 13, 2016

The US 6th Fleet, which is headquartered in the Italian city of Naples, conducts a full range of naval operations, often with allied and interdepartmental partners, to promote national interests, as well as provide security and stability in Europe and Africa.