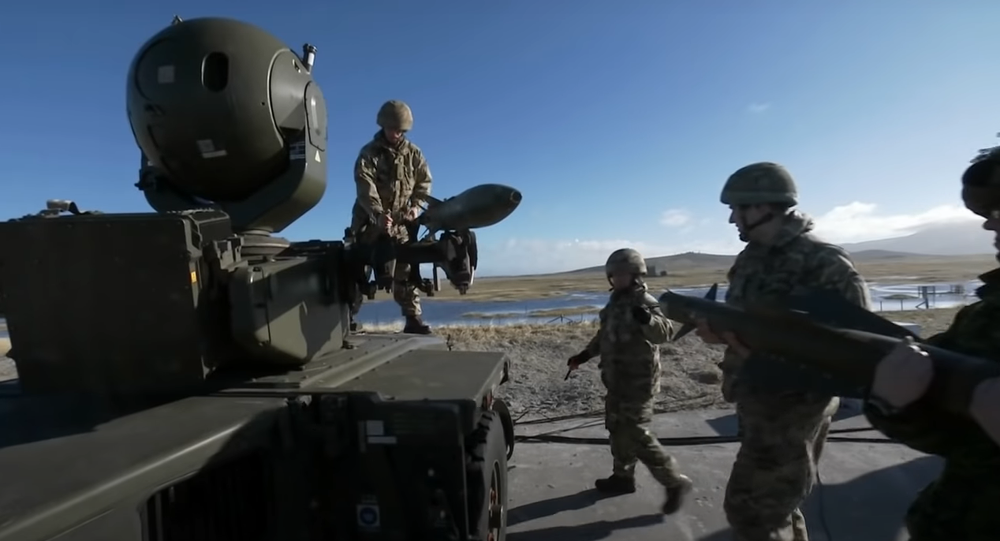 The military operation was reportedly launched in February 2020, five months after the September 2019 attack on two major Saudi oil facilities by Yemen’s Houthi militia, which temporarily wiped out about half of the kingdom’s oil output.

Gunners from the British Army’s 16th Regiment Royal Artillery were quietly deployed to oil fields in Saudi Arabia earlier this year to protect the black gold against possible drone strikes, The Independent has reported, citing a Ministry of Defence spokesperson.

“Following the attacks on the Kingdom of Saudi Arabia’s oil production facilities on 14 September 2019, we have worked with the Saudi Ministry of Defence and wider international partners to consider how to strengthen the defence of its critical economic infrastructure from aerial threats,” the spokesperson said.

The spokesperson did not reveal “exact timescales or the numbers of personnel involved,” citing “operational security”, but did confirm that the British contribution included sending an ‘advanced military radar system’ to help with the detection of incoming drone attacks.

Defence Minister James Heappey confirmed to the newspaper that the radars deployed were Giraffes, a Swedish-made family of radar surveillance and air defence command and control systems designed for operating alongside medium- and short-range air defence missiles and guns.

Heappey called the troop and equipment deployment “purely defensive in nature”, and indicated that it is still ongoing, at a total cost to British taxpayers of 840,360 pounds.

Unlike the United States, which publicly announced the deployment of some 1,800 troops, squadrons of fighter jets and missile defence systems to the Persian Gulf nation last year, the UK’s deployment was apparently carried out in secrecy from both the public and Britain’s parliament.

The military operation was said to have started in February 2020, and to have taken place while London still had a ban on arms sales to Saudi Arabia in connection with Riyadh’s war in Yemen (the ban, introduced in June 2019, was lifted in July 2020).

The UK had previously conducted several dozen training modules with Saudi forces in areas including air warfare, electronic warfare and officer training, with British military personnel said to be based across some 15 sites in the Gulf nation.

The US and UK deployment of troops to the kingdom came following the September 2019 attacks on a pair of Saudi Aramco oil processing facilities in Abqaiq and Khurais by drones belonging to Yemen’s Houthi militia. The attacks are thought to have temporarily wiped out about half of Saudi Arabia’s crude output, with none of the country’s sophisticated military equipment proving capable of stopping them.

The Houthis formally claimed responsibility for the strikes, and promised more attacks unless Saudi Arabia and its allies halted its five-year-long campaign in Yemen to restore ousted President Abdrabbuh Mansur Hadi to power. Riyadh and its allies have blamed Iran for the oil facility attacks. Tehran denied the allegations.

According to the Stockholm International Peace Research Institute, Saudi Arabia spent some $61.9 billion on defence in 2019, making it one of the top five spenders in the world, exceeded only by the United States, China, India, and Russia. Despite its high levels of expenditure, the country depends heavily on foreign military equipment, and has proven largely incapable of dislodging the Houthis from their positions in Yemen. Furthermore, the kingdom’s southern regions have themselves become subject to regular Houthi missile and drone attacks, targeting everything from energy infrastructure, airports and military bases to cities.

© AP Photo / Amr Nabil
Saudi Arabia Accuses Yemen's Houthis of Aramco Attack, Letter to UNSC States
The UK is estimated to have earned at least 5.4 billion pounds (about $7.18 billion US) from the export of military equipment to Riyadh since 2015.