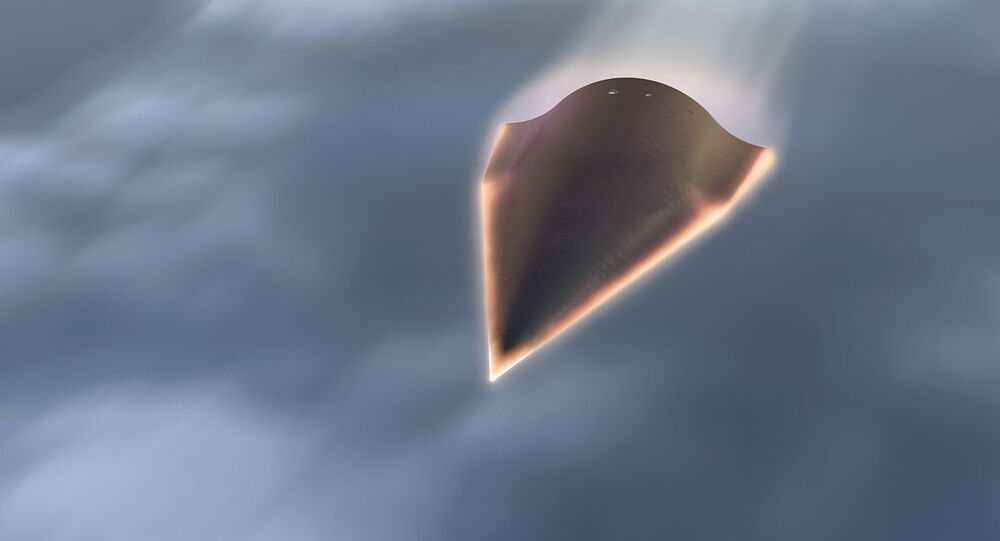 In mid-October, the US Department of Defence announced that they had designated the Naval Surface Warfare Centre (NSWC) in Indiana as the primary base for developing hypersonic weapons.

It appears that the Pentagon is involved in the development of advanced weapons to prevent hypersonic missile attacks from "near-space", Kris Osborn, managing editor of the website Warrior Maven and defence editor of the magazine National Interest, suggested.

In an article for Fox News, he referred to hypersonic glide vehicles' capability to skim "along the upper boundaries of the Earth's atmosphere" so as to use "trajectory and a speed of descent" for eliminating targets "with unprecedented force".

Tackling such attacks is still an issue, Osborn stressed, citing Principal Pentagon Director for Hypersonics Michael White as saying during a recent news briefing that US air defence systems and missile interceptors are designed to operate "on either side of that near-space operating zone".

"The challenge with hypersonic systems is that they fly […] at a range that some people call near-space, say between 80,000 and 150,000 feet. Without hypersonic speeds, you don't have enough lift to fly at that altitude with the low densities. And so, hypersonic speed really enables sustained flight there", he pointed out, adding that US air defences operate "well up to 70,000 feet or so".

Osborn argued that White's remarks may mean that the US Department of Defence is "moving quickly to close what could be a 'gap' in [air] defences".

The remarks came a few weeks after National Security Adviser Robert O'Brien said that the US Navy plans to deploy hypersonic missiles on its Virginia class nuclear-powered attack submarines, its three Zumwalt-class ships, and its more than 60 Arleigh Burke-class DDG51 destroyers.

This followed a senior US Air Force official confirming that the forthcoming AGM-183A air-launched Rapid-Response Weapon (ARRW) hypersonic missile will travel between 5,000 and 6,000 miles per hour.

Lockheed Martin
US Hails New Milestone in Development of Hypersonic Weapons
Earlier this year, the US intensified efforts to develop hypersonic missiles that fly at speeds between five and 20 times the speed of sound in response to successful demonstrations of the technology by China and Russia.

Trump spoke about it in May, saying the US has what he called a "Super Duper Missile" that is "17 times faster than what they [Moscow and Beijing] have right now".

Russian President Vladimir Putin, for his part, stressed in September that Moscow had no choice but to pursue the development of nuclear-capable hypersonic weapons systems in the aftermath of the Bush administration's decision in 2002 to tear up the 1972 Anti-Ballistic Treaty, which prohibited the creation of missile defences.