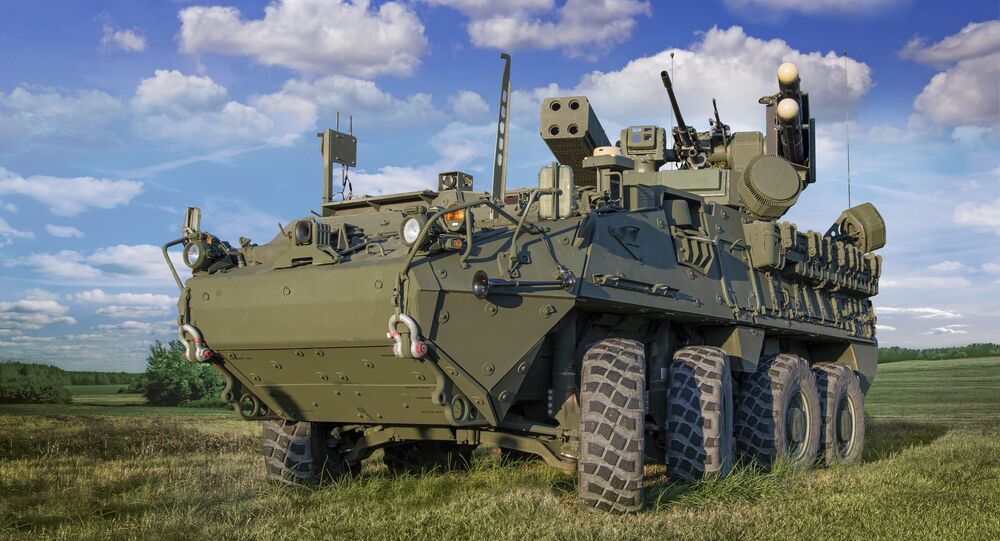 The US has rushed development of several new short-range anti-air systems to address the rising threat posed by drones and close a key gap in US air defenses, which have long prioritized taking down ballistic missiles.

A group of US troops in Germany has traveled to New Mexico’s White Sands Missile Range to test out the Interim Maneuver Short-Range Air Defense (IM-SHORAD) system currently in development. The range conducted live-fire tests with the IM-SHORAD over the summer as part of its Integrated Air and Missile Defense Battle Command System (IBCS) drills intended to link up various US anti-air assets.

“The reason why this platoon is out here from Germany is we’ll be fielding the first system into the Army, so it not only gets us to test the system, but also understand how to use it so we can go back to our home unit and train with them on the system,” 1st Lt. Ryan Pitcher, the unit’s platoon leader, said in a US Army news release.

The 5th Battalion, 4th Air Defense Artillery Regiment based in Ansbach, Germany, presently uses the Humvee-based Avenger system that IM-SHORAD is intended to replace. That makes their thoughts on how well the system is designed and operates invaluable while the vehicle remains in the prototype phase.

The IM-SHORAD isn’t totally different from the Avenger. Mounted on one of the Stryker wheeled armored vehicles already in use by US Forces Europe, the system includes a 360-degree Avenger air defense turret sporting FIM-92 Stinger and AGM-114 Longbow Hellfire missiles as well as an XM914 30-millimeter cannon and a 7.62-millimeter machine gun. However, the vehicle also carries its own radar and doesn’t take the cumbersome time the Avenger does to set up and pack up, which increases its survivability.

The Army recently signed a $1.2 billion contract with General Dynamics Land Systems to produce, test, and deliver 28  Stryker IM-SHORADs, and in the longer run, the service wants 144 systems spread across four battalions by 2023.

IM-SHORAD is just one of a host of short-range air defense systems under development by the Pentagon in the wake of a devastating drone attack on two Saudi oil facilities in September 2019. When the Army’s Patriot air defense systems were unable to engage the swarm of suicide drones the Yemeni Houthi movement claimed responsibility for launching, it opened eyes at the Pentagon, which set out to develop as many as five anti-drone systems in 2020, including IM-SHORAD but also laser systems and even jamming devices.

IM-SHORAD will not be the weapon’s name forever, though. Task & Purpose reported earlier this year that an online poll would decide which of several potential names the vehicle might get, with one of them reportedly being “Manticore” after the fictional missile-armed tank from the Warhammer 40,000 tabletop gaming franchise.