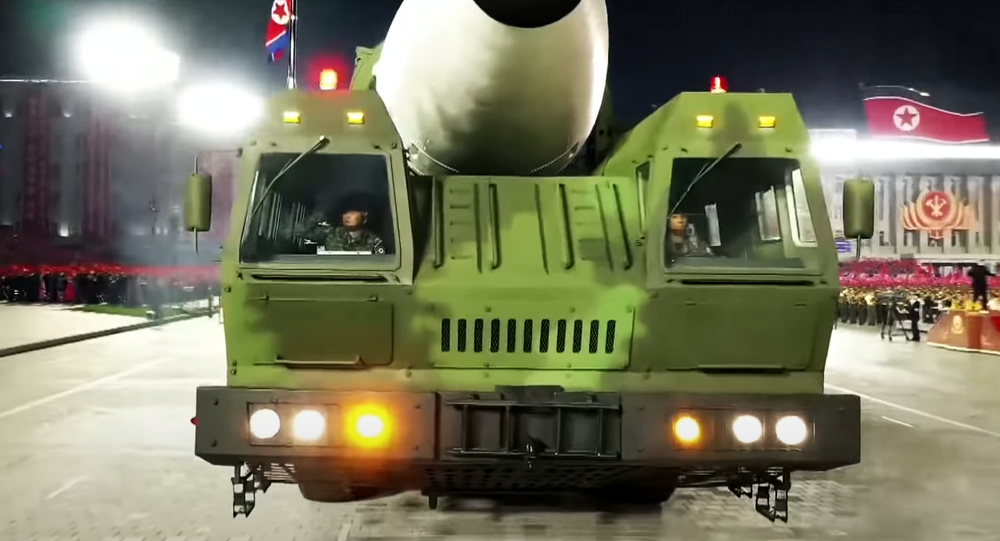 North Korea is thought to have an arsenal of as many as 40 nuclear weapons, as well as the means to deliver them to cities across the continental United States, the nation’s main possible foe. Pyongyang carried out its first nuclear test in 2006, four years after being listed in US President George W. Bush’s ‘Axis of Evil’.

“We are trying to refine what we see. For example now we are trying to fine-tune the analysis on Kangson, which is another site, as you know,” IAEA director-general Rafael Mariano Grossi said in a press conference this week following a meeting of the agency’s board of governors.

“In the beginning we were a bit more prudent, but with more analysis we can see that this is a relevant place, where activity is taking place,” Grossi added, without elaborating.

Grossi suggested that if the agency is one day able to return to North Korea to carry out inspections, it will have a “much wider set of facilities and places to visit. So it’s good that we start to get a feel of what could be taking place in different parts of the country.” For now, he noted, the IAEA requires more voluntary financial contributions from members to be able to expand its monitoring capabilities vis-à-vis Pyongyang.

The Kangson nuclear facility, believed to be situated in the immediate vicinity of Pyongyang, was formally mentioned by the IAEA in a September 3, 2020 report entitled “Application of Safeguards in the Democratic People’s Republic of Korea,” with the nuclear watchdog saying that “satellite imagery and open source information” have led it to conclude that the plant ‘shares some characteristics’ with the declared uranium enrichment facility at the Nyongbyon Nuclear Scientific Research Center. The latter is situated about 100 km north of Pyongyang. The report refrained from making any firm declarations about Kangson’s nuclear-related activities, however.

It is the Kangson facility which reportedly helped cause the collapse of talks between Kim Jong-un and Donald Trump in Hanoi in early 2019. The mystery facility has been under observation by Western and South Korean intelligence agencies since at least 2007, and it has been alleged that it may have engaged in the production of weapons-grade uranium as far back as 2003. Anonymous US officials suspect that the plant at Kangson may be capable of generating up to twice as much fissionable material as that declared at Nyongbyon, which became operational in 2010. The facility’s existence was first revealed in 2018 by The Diplomat, a US based-website on Asia-Pacific affairs.

North Korea has had a cool relationship with the IAEA for nearly two decades, with inspectors ordered to leave the country in 2009, forcing the agency to turn to open-source intelligence and satellite data to  try to monitor the Asian nation’s nuclear programme. North Korea pulled out of the Non-Proliferation Treaty in 2003, carrying out multiple nuclear and missile tests since then. North Korea has been under United Nations Security Council Sanctions since 2006.

Last week, after Grossi told the UN that North Korea’s nuclear activities were “a cause for serious concern,” prompting North Korean UN ambassador Kim Song to attack the agency for being a “political tool of the Western countries” and “a marionette dancing to the tune of hostile forces.”

Kim called the nuclear watchdog’s report to the UN which a document “completely pervaded with guesswork and fabrication.”

The Stockholm International Peace Research Institute estimates that North Korea has between 30 and 40 nuclear warheads. The country provides no formal information regarding its nuclear capabilities, a policy it shares with Israel, which is not subjected to UN sanctions, however.

© Photo : Korea Central News Agency
What Message Did Kim Jong-un Want to Send With Massive Nighttime Parade?
North Korea is also believed to have a series of long-range nuclear-capable delivery systems, including the Hwasong-15 intercontinental ballistic missile, which was tested in 2017 and has a presumed range of up to 13,000 km. Pyongyang showed off a new, previously unseen and unnamed missile at a nighttime military parade dedicated to the 75th anniversary of its ruling Workers Party in October 2020. Kim Dong-yup, a veteran North Korea watcher and retired South Korean military officer, told Sputnik that the new missile likely has a similar range to the Hwasong-15, but may possess an increased throw weight or be a more stable and reliable rocket.
...
Reddit
Google+
Blogger
Pinterest
StumbleUpon
Telegram
WhatsApp
140