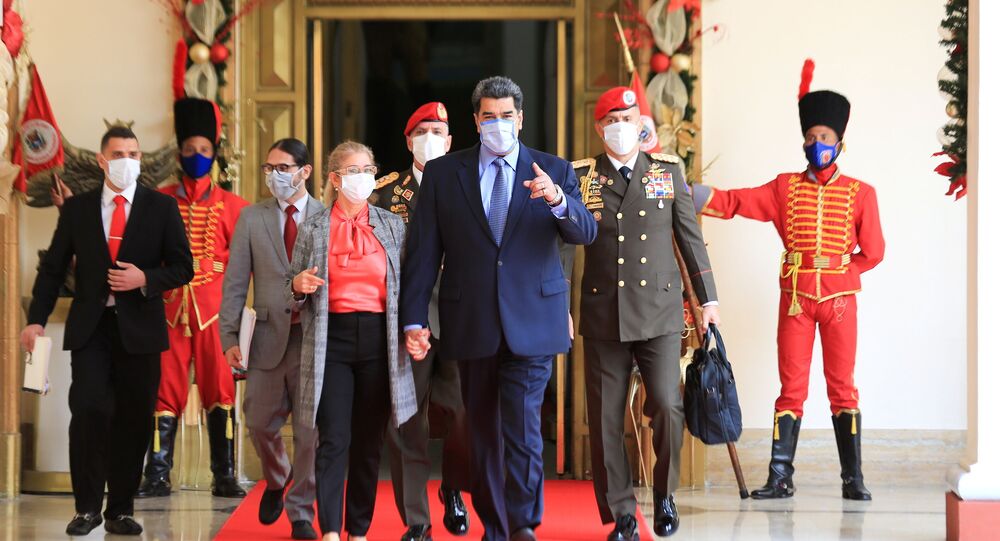 On Thursday, the Venezuelan leader signed a decree to create a National Aviation Service Center.

“Two prototypes of training planes have been completely manufactured in Venezuela,” Maduro said in a televised address.

The single-engine planes are designed to be used in agriculture and aerial surveillance.

Maduro also presented a multi-purpose drone, whose mass production could start in the near future.

Both projects will promote national development and security, according to the Venezuelan leader.

In October, the Venezuelan leader, commenting on a statement by Colombian President Ivan Duque who suggested that Venezuela had bought weapons from Iran, said that it was not true, but observed that country has the freedom to buy weapons from any and every nation in the world.

Maduro Mocks US Amid Election Chaos: ‘We Hate It When They Pretend to Give Lessons in Democracy’