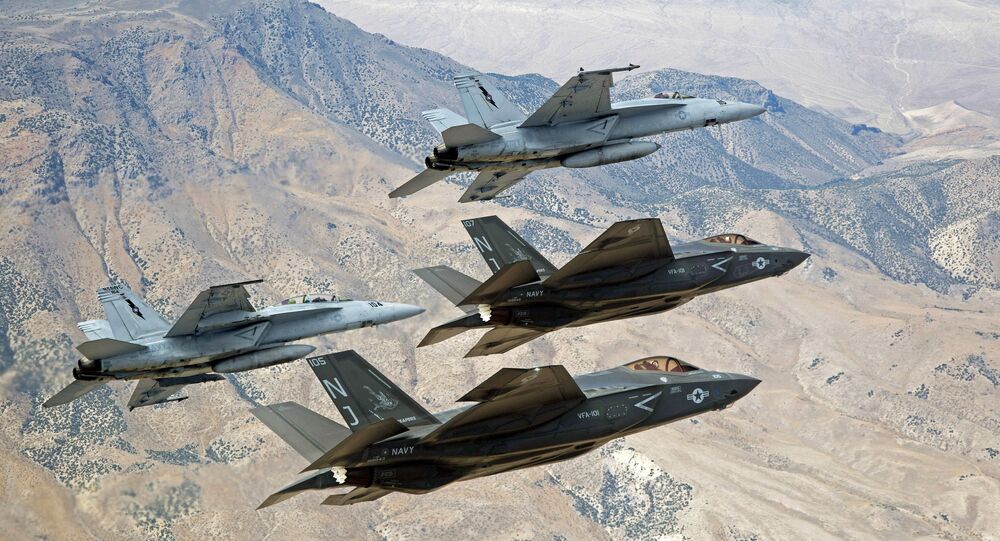 The request comes as Greece, Cyprus and Turkey remain locked in a dispute over the borders of exclusive economic zones near the shores of Cyprus. Ankara recently asked for talks "based on two states", while adding it will not tolerate what it characterized as "diplomatic games".

The Greek General Directorate for Defence Investments and Armaments has requested the purchase of some two dozen cutting-edge F-35 fighters from the US, the Greek Reporter said on 16 November.

According to the media report, the head of the directorate, Theodoros Lagios, penned a letter of request to the American government asking to purchase between 18 and 24 of the fifth-generation stealth fighter jets, regardless of whether they are new or previously owned. Lagios also reportedly asked Washington to rush its response, arguing that Athens requires urgent deliveries of the advanced jets.

"Due to internal fiscal arrangements and other applicable rules within the EU budget and deficit framework, it is crucial that the first F-35s are delivered in 2021. For our part, we will do everything possible to implement this ambitious program", the head of the directorate is reported top have written.

The request for around two dozen F-35 fighters, capable of engaging in both air superiority and long-range ground strike missions, comes in light of a request from Greek Prime Minister Kyriakos Mitsotakis to purchase 18 Dassault Rafale fighter jets from France. Athens expects that the purchase of the Rafale and F-35 jets will help to "change the balance of power with Turkey", according to the Greek Reporter.

Greece Row With Turkey in Mediterranean

The reported request for new fighter jets comes on the heels of an ongoing row between Greece and Turkey over maritime borders near Cyprus. Ankara insists that the self-proclaimed Turkish Republic of Northern Cyprus, and hence Turkey itself, has the right to explore offshore energy resources within the exclusive economic zone. In line with its statements, Ankara sent an oil and gas exploration vessel to the region in August 2020 flaring tensions in the region that have led to several confrontations with the Greek military, which so far have been resolved without violence.

As the dispute remains unresolved, Turkish President Recep Tayyip Erdogan recently called to renew talks over the ownership of Cyprus "based on two separate states". He warned against engaging in "diplomatic games", stressing that Ankara seeks to initiate full-scale offshore fossil fuel exploration as soon as possible.