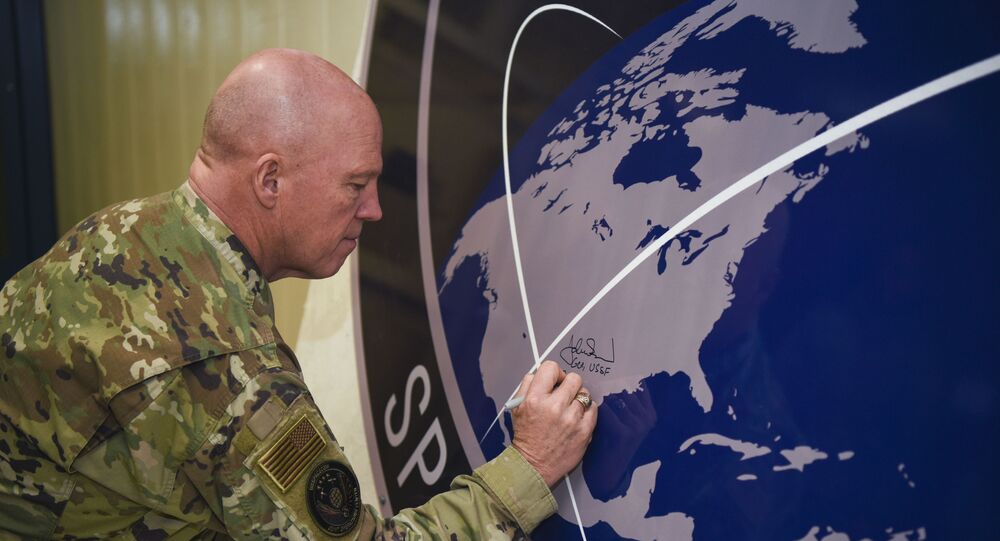 Presumed US President-elect Joe Biden is likely to embrace the new US Space Force rather than seeking to eliminate it because the Democratic Party fundamentally believes defending US space supremacy from Russia and China is a necessary part of US policy. If elected, Biden’s greater focus on fighting climate change could become a boom for NASA, too.

Biden has been declared victor in the November 3 US presidential election by much of the US media, and although US President Donald Trump has not accepted the preliminary results and has issued lawsuits challenging the vote count in several state, the presumed president-elect has already begun consolidating a transition team and elaborating on his plans if inaugurated on January 20, 2021.

Biden has indicated that he plans to immediately shred many of Trump's policies once he takes office, many of them by executive order. However, he's said little about what has been one of Trump's biggest projects: the US Space Force (USSF).

Experts seem to agree: while Biden isn’t likely to give the USSF the adulation and attention to detail seen from Trump, he isn’t going to discard it, either.

‘The Mission and Threat Will Continue’

“If Space Force did not already exist, I think Joe Biden probably would not create it,” David Burbach, associate professor of national security affairs at the US Naval War College, told SpaceNews last week. “However I think it’s pretty unlikely that Biden would seriously try to eliminate Space Force at this point.”

According to the Defense Space Strategy Summary, published in June, “China and Russia each have weaponized space as a means to reduce US and allied military effectiveness and challenge our freedom of operation in space.” The document states the USSF’s goal is to “establish, maintain and preserve” the US’ “comprehensive military advantage in space.”

Moscow and Beijing have rejected Washington's claims and accused the US of being the ones militarizing space, endangering what international cooperation already exists in space.

Sputnik has previously reported on how the US military has been testing weapons in space for decades that it now derides Moscow and Beijing as aggressive for testing, such as anti-satellite missiles and inspector satellites.

Joshua Huminski, director of the Mike Rogers Center for Intelligence and Global Affairs’ National Security Space Program, also told Space News: “I think the important thing to consider is that the intellectual foundation of the Space Force existed well before President Trump - the need for a separate culture, space as a warfighting domain and the threat from Russia and China on orbit.”

“That foundation, those needs, and the mission and threat will continue on and perhaps accelerate into President Biden’s administration, so you may see more constancy than immediate change,” Huminski added.

"Whereas under the Trump administration, national security space, commercial space and civil space, were getting a lot of high-level attention - in some cases, maybe some micromanagement - now, [these entities] will largely be left to their own devices" under Biden, Todd Harrison, director of the Aerospace Security Project at the Center for Strategic and International Studies think tank in Washington, DC, told Military.com.

Harrison said the micromanaging seen under Trump will disappear, putting “more of the onus” on Chief of Space Operations Gen. John Raymond to figure out the Space Force’s direction.

However, there’s also precedent for a dramatic shift in priorities. In 2005, then-US President George W. Bush began the Constellation program, intended to complete the International Space Station (ISS) and return humans to the moon “no later than 2020,” setting the stage for a future Mars mission - in other words, exactly what NASA is working on under Trump. However, after Barack Obama assumed the presidency in 2009 - and Biden the vice presidency - Constellation got the axe, thanks to a rapidly expanding budget.

Biden has so far been silent on the Space Force and offered limited commentary on space flight in general. A Sunday tweet about SpaceX’s historic launch of a manned Dragon spacecraft carrying three NASA astronauts and one Japanese astronaut to the ISS celebrated the achievement, which will reduce US dependence on Russian rockets.

Congratulations to NASA and SpaceX on today's launch. It’s a testament to the power of science and what we can accomplish by harnessing our innovation, ingenuity, and determination. I join all Americans and the people of Japan in wishing the astronauts Godspeed on their journey.

​However, Michèle Flournoy, the former undersecretary of defense for policy who has become the rumored frontrunner for heading the Pentagon in a prospective Biden administration, has defended the necessity of a sixth space-focused branch of the military.

"Space is changing so dramatically based on what the Chinese are investing in, what the Russians are investing in ... that I think we had to take some steps to make this a true profession of arms,” Flournoy said at a September forum hosted by Defense News. “We need to focus on growing a professional cadre of space thinkers, concept developers, writers, technologists and get on with really understanding how we're going to operate and defend [US assets] in space."

One document in the Democratic Party platform titled “Building a Stronger, Fairer Economy” notes the party supports “NASA’s work to return Americans to the moon and go beyond to Mars, taking the next step in exploring our solar system.”

More than ever, the telltale signs of climate change and its causes are being monitored by space assets, including satellites that watch polar ice cap size, methane and carbon dioxide levels in the atmosphere and the size and scope of hurricanes, wildfires and other natural disasters, as well as oil spills and deforestation.

Retired Maj. Gen. Charles Bolden, who ran NASA under the Obama-Biden administration, told Politico last month that a Green New Deal - which Biden has flip-flopped on explicitly supporting - would “rely heavily on NASA to be a part of getting that implemented using technology in orbit.”

That points to a continuation of the Artemis program, NASA’s plan to return humans to the moon by 2024, and an expansion of NASA’s responsibilities. The Trump administration has pumped billions into the space agency’s budget, giving it a 12% increase in February 2020 - although by September, NASA was already asking for even more support for Artemis.

Bolden also noted Biden is “a big fan of Mars,” meaning that Trump administration obsession might stick around as well.