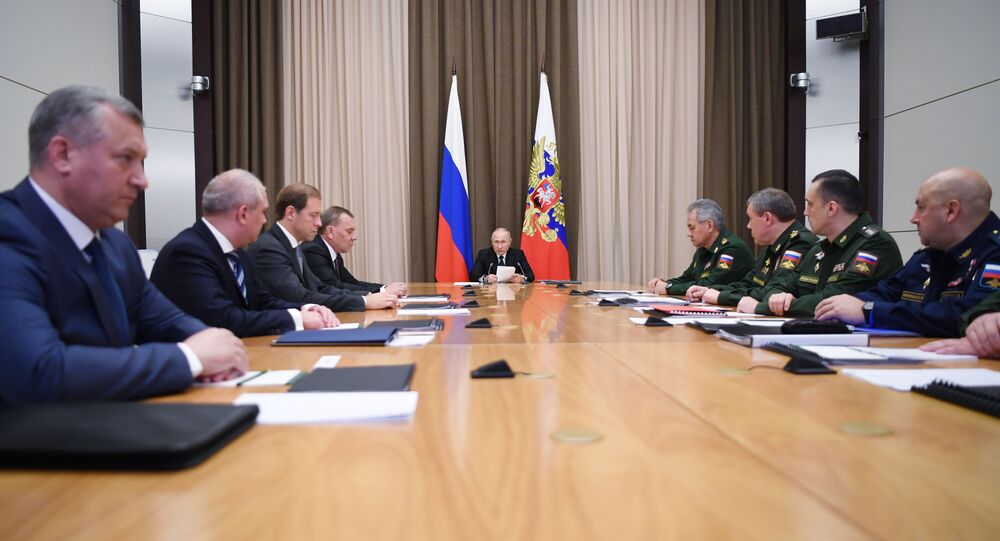 In October, the Russian President proposed extending the 2010 New Strategic Arms Reduction Treaty, or New START, for one year without any preconditions. US National Security Adviser Robert O’Brien shot the idea down out of hand. The arms treaty will expire in February 2021 unless Moscow and Washington can agree to renew it.

A new, “almost absolutely” protected command centre for Russia’s strategic nuclear forces is nearing the final stages of construction, and will allow Moscow to issue a retaliatory attack order even after being hit in a nuclear first strike, Russian President Vladimir Putin has revealed.

“I have been informed that a new command post with almost absolute protection, including against strategic nuclear forces, is in the final stages of construction,” Putin said, speaking with officials from the Ministry of Defence, defence enterprises and other officials on Wednesday.

“It is important that all equipment, material, and communications systems for controlling nuclear forces continue to be modern, simple and reliable, like a Kalashnikov rifle, and be consistently upgraded according to plan,” Putin added.

According to the President, much has already been done in recent years to keep the control systems for Russia’s strategic arsenal “maintained at the highest level,” with both stationary and mobile command posts undergoing modernisation to expand their operational capabilities, including elements such as resistance to jamming/electromagnetic interference.

“Today, all command posts allow for the receipt of comprehensive data on the situation in real time and, on the basis of this information, assess the situation and make informed decisions,” Putin said, stressing that the combat readiness of Russia’s nuclear triad depends on its sustainability in the event of war.

New START Hangs Under the Sword of Damocles

Putin’s comments follow remarks he made on Tuesday about the importance of saving the New START agreement, where he reiterated that Moscow would not be dragged into a new “exhausting” arms race with Washington. At the same time, Putin indicated that Russia would continue to upgrade its nuclear arsenal, which he called the main guarantor of the country’s security.

© AP Photo / Matt York
US Rejection of Putin's New START Extension Proposal Lacks Deep Analysis, Russian Envoy Says
In October, amid a deadlock in negotiations on New START, Putin proposed extending the treaty for another year without any preconditions. Washington dismissed the proposal as a “non-starter.” With the Trump administration pulling out of the Intermediate-Range Nuclear Forces Treaty (INF) last year, New START is now the last major strategic arms agreement between the nuclear superpowers.

Russia has committed vast material and scientific resources to upgrading its nuclear arsenal over the past two decades, reacting to a number of US decisions, including Washington’s move to pull out of the Anti-Ballistic Missile Treaty in 2002, and the creation of missile defence systems in Eastern Europe. In the early 2000s, Pentagon planners began dabbling with the concept of a ‘Prompt Global Strike’ – or the idea of carrying out a massed precision-guided conventional strike to decapitate an adversary’s defences and nuclear response capability.  Russia has responded by creating a range of nuclear-capable hypersonic weapons capable of outmanoeuvring any existing or prospective missile defence systems, hence guaranteeing a nuclear response capability.

Russia’s nuclear doctrine commits Moscow commits not to be the first to use nuclear weapons in the event of war. At the same time, Russia reserves the right to retaliate in response to conventional aggression so severe that it threatens the survival of the state.