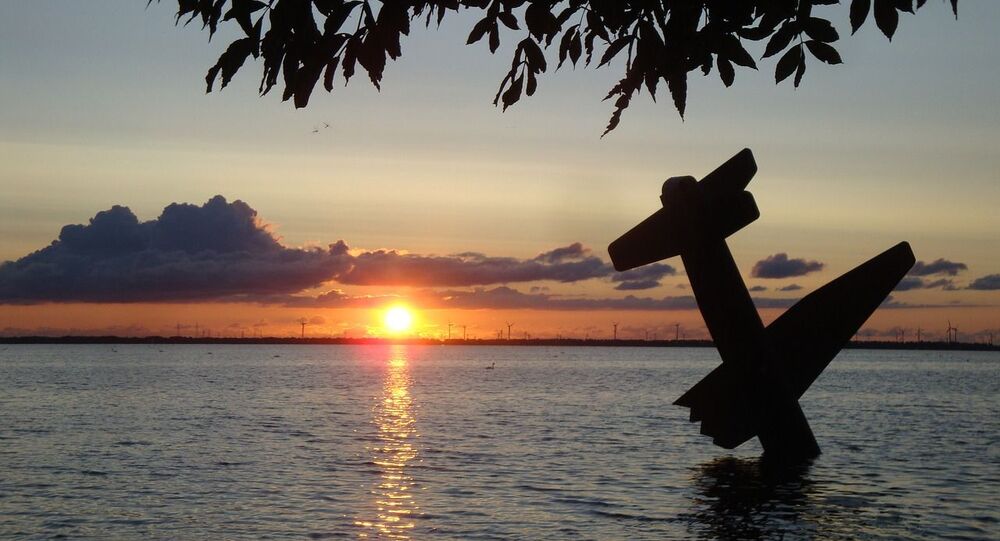 The authors of the report cite an escalation of rivalry between the United States, Russia and China as a possible cause for the conflict.

The world is facing the threat of a new world war, according to a 2019 Czech military intelligence report, published belatedly on its website on 10 November.

According to analysts, the global conflict is currently "in its first stage".

"The global mindset of those who can and wish to actively participate in it is currently being formed, and technological tools are gradually being determined with which it could be controlled," the document says.

According to the authors of the report, a global military conflict might be unleashed as the United States, Russia and China juggle for supremacy.

The document also notes a perceived decline in the importance of international law.

While the current world order is being called into question, peaceful dialogue as a means of resolving emerging contradictions is being neglected.

The report comes as earlier The National Interest attempted to estimate the chances of Russia and NATO in a potential military standoff.

According to military analysts cited by Kris Osborn, Defence Editor for the outlet, and former Pentagon expert, while Russia has postured itself as able to counter-balance or deter The North Atlantic Treaty Organisation, some examinations of its current military purportedly called into doubt its current ability to pose a real challenge to the Alliance in a prolonged, substantial military engagement.

This conclusion by experts was based on NATO’s size, firepower, air supremacy and technology.

However, some Pentagon experts and analysts have been cited as expressing concern about whether NATO's force structure in Eastern Europe would be significant enough to deter Russia from a ‘potential invasion of Eastern Europe’.

The analysts refer to earlier findings from a Rand study released in 2019 that suggested NATO would find itself ‘in a terrible predicament’ if Russia were to invade the Baltic states.

The Rand study had concluded that NATO forces in Eastern Europe in recent years would be ill-equipped to withstand a scenario presupposing a Russian invasion of neighbouring Latvia, Lithuania and Estonia.

NATO’s current ‘deterrent posture’ in the Baltic states was branded by the Rand study as ‘militarily weak and generally questionable’.

Studying a potential scenario involving a Russian invasion there, the analysts claimed that the country’s forces would seize some or all of those states' capital cities ‘within a few days’.

The analysis was carried out on the basis of a spate of wargames where “red” (Russian) and “blue” (NATO) forces engaged in diverse military scenarios over the Baltic states.

Entitled “Reinforcing Deterrence on NATO’s Eastern Flank”, the study had determined that a successful defence of the region by NATO would require a much larger air-ground force than currently deployed.

“As currently postured, NATO cannot successfully defend the territory of its most exposed members. Across multiple games using a wide range of expert participants in and out of uniform playing both sides, the longest it has taken Russian forces to reach the outskirts of the Estonian and/or Latvian capitals of Tallinn and Riga, respectively, is 60 hours. Such a rapid defeat would leave NATO with a limited number of options,” writes the study.

The study added that even if NATO were to significantly boost efforts to modernise its nonstrategic nuclear weapons, the Alliance would most likely have greater military incentives to seek an end to a future war than Russia would.

“The absence of short-range air defences in the US units, and the minimal defences in the other NATO units, meant that many of these attacks encountered resistance only from NATO combat air patrols, which were overwhelmed by sheer numbers. The result was heavy losses to several Blue (NATO) battalions and the disruption of the counterattack.”

Russia’s conventional land, air and sea forces were noted as expanding quickly, seeking to pursue next generation platforms, with work proceeding on a new class of air-independent submarines, T-50 stealth fighter jets, next-generation missiles and high-tech gear for soldiers on the ground, writes the outlet.