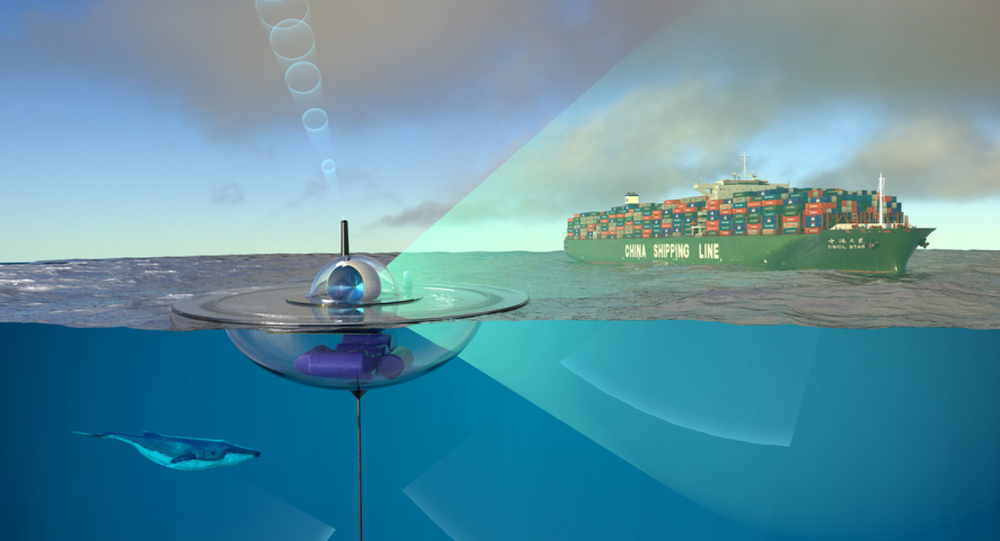 The Pentagon’s chief experimental research agency and the NATO alliance’s maritime research center have partnered to design a network of floating devices that can map and monitor the conditions and contents of entire oceans.

The Center for Maritime Research and Experimentation (CMRE), formerly the NATO Undersea Research Center, in La Spezia, Italy, announced on Tuesday the center had begun work with the US Defense Advanced Research Projects Agency (DARPA) on free-floating sensors that can sweep the seas.

The project is called the Ocean of Things (OoT). According to DARPA, the project aims to “enable persistent maritime situational awareness over large ocean areas by deploying thousands of small, low-cost floats that form a distributed sensor network.”

CMRE also refers to the floats as “drifters” and notes they carry some 20 instruments that can support both oceanographic research as well as NATO exercises.

“Each smart float contains a suite of commercially available sensors to collect environmental data-such as sea surface temperature, sea state, and location - as well as activity data about commercial vessels, aircraft, and even maritime mammals moving through the area. The floats transmit data periodically via satellite to a cloud network for storage and real-time analysis,” DARPA added.

Forbes reported in August, after DARPA awarded a contract to technology company PARC for its 18-kilogram, solar-powered glass float design, that the cellphone industry had already invented many of the miniaturized sensors for the project.

“Mission sensors include cameras, software defined radio, AIS receivers, microphones, and hydrophones,” DARPA project manager John Waterson told the outlet. The devices are also made of environmentally safe materials and pose no danger to either watercraft or marine life.

In October, PARC parent company Xerox announced a new phase of the contract had been awarded under which the firm would deliver up to 10,000 even-better drifters on top of the 1,500 already supplied to DARPA.

DARPA is testing the first batch of drifters in the Southern California Bight and Gulf of Mexico, Xerox said.

The oceans that cover two-thirds of the Earth’s surface are notoriously impenetrable to most forms of surveillance, including satellites, although some devices such as a magnetic anomaly detector can pick out the telltale signs of a submerged submarine. Moreover, vessels or aircraft sporting such sophisticated equipment often quickly and noisily pass over an area of sea,  leaving long periods of quiet time in which any number of things might happen.

However, this is far from the first time someone has tried to develop a persistent maritime surveillance system. DARPA is also working on Persistent Aquatic Living Sensors, which it hopes will “tap into marine organisms’ innate abilities to sense and respond to perturbations in their environments and apply those abilities to the detection, characterization and reporting of manned or unmanned underwater vehicles ranging from small autonomous vessels to large nuclear submarines.”

As early as 1954, the US’ Project Caesar built a network of hydrophones along the Atlantic seabed intended to monitor Soviet submarine activity under the guise of oceanographic research. The Pentagon didn’t admit its military quality until 1991, after the Cold War had ended.

US Wants to Increase Attack Submarine Fleet to 80 Vessels By 2045, Esper Says