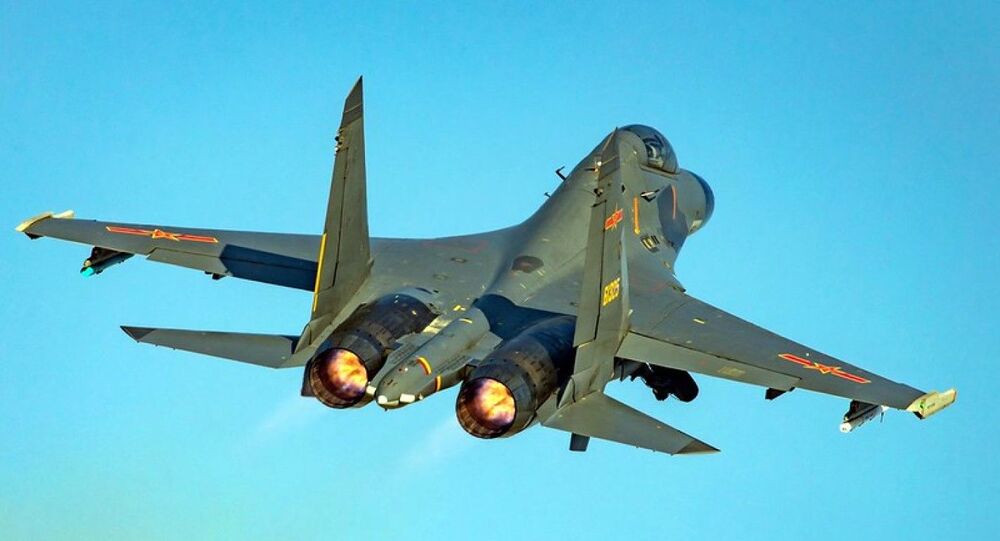 Photos recently posted on social media from a People’s Liberation Army Air Force (PLAAF) recruitment video seem to show a new anti-radiation missile under the wings of a J-11BS fighter jet, signaling that China may have a potent new weapon for hunting enemy radars.

In a new recruitment video by the Chinese air force, military analysts spotted a curious new weapon lurking under the wing of a J-11BS fighter.

According to German aviation author and expert Andreas Rupprecht, the “so far unknown” missile is likely an anti-radiation missile, used to target enemy radar systems as part of a mission called Suppression of Enemy Air Defenses (SEAD).

If true, then this is another major news. Not only that it shows for the first time a PLAAF J-11BS with low-visibility marking, but even more surprising is the new and so far unknown missile it carries under its wings. 😮

IMO this is most likely the long expected new ARM. 🤔 pic.twitter.com/CZrfNfYbF7

​SEAD is a highly dangerous game of cat and mouse necessary to pave the way for more vulnerable aircraft like bombers to fly their missions into enemy territory. Because anti-air missiles rely on radar stations to spot targets, their radars must remain on, actively broadcasting radar waves. Anti-radiation missiles home in on those radar emissions to neutralize the missile sites.

Rupprecht also noted the photo is the first to show a J-11BS in the new low-visibility paint scheme being slowly implemented by the PLA. As Sputnik has reported, the paint not only helps the aircraft to hide visually, but also dampens its radar return as well - an extremely valuable quality for radar-hunting fighters.

The Drive’s The War Zone noted the missile bears a resemblance to the longstanding SEAD staple of the US Air Force arsenal, the AGM-88 High-Speed Anti-Radiation Missile (HARM), although the image is not the highest quality, making more precise descriptions impossible.

While not a guarantee, the fact that the missile has been spotted on a two-seater version of the J-11B could also point to a SEAD role, thanks to the additional help coming from an electronic warfare officer. The PLAAF already uses the two-seater J-16, another variant of the Su-27, for SEAD missions, and two-seater aircraft have often been used for the SEAD role, including the F-100F, F-105F/G, Tornado ECR and Su-24M.

A new anti-radiation missile could signal that Chinese weapons manufacturers have perfected the technology after having long-relied on Soviet-built and Russian-built missiles like the Kh-31P.