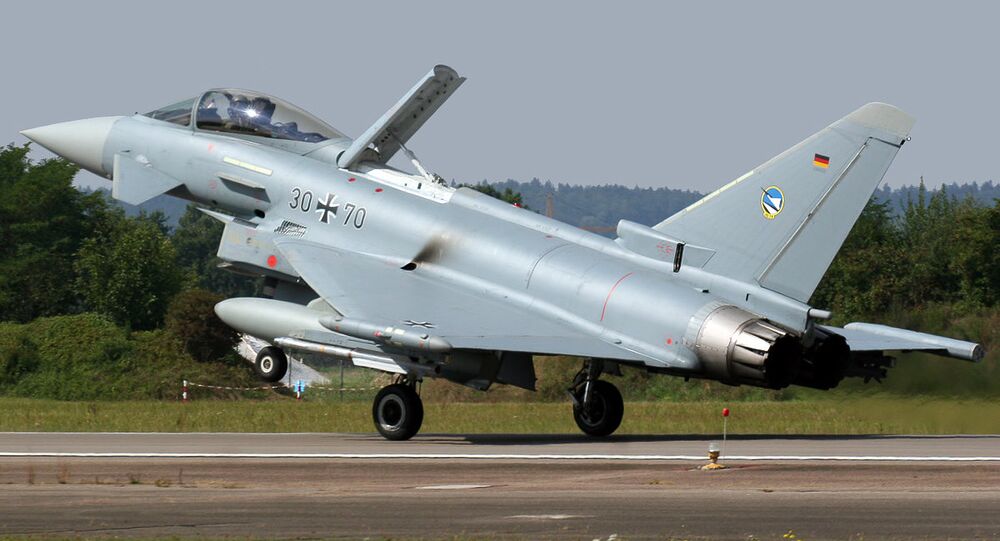 The agreement on buying Eurofighter Typhoon warplanes is part of the German Defence Ministry’s effort to replace its ageing Tornado fighter jets, which entered service with the Luftwaffe back in 1983.

A €5.4 billion ($6.35 billion) contract to buy 38 modernised Eurofighter Typhoon jets for the German Air Force (Luftwaffe) has been approved by the country's parliamentary budget committee.

Luftwaffe Inspector General Ingo Gerhartz touted the Bundetsag's "important decision" as something that will strengthen the air force's combat capabilities.

"By replacing Tranche 1 [the in-service version of the Typhoons], which is obsolete and susceptible to repairs, we are increasing the operational readiness of the Eurofighter fleet and thus our reliability in the [NATO] alliance", Gerhartz told reporters earlier this week.

He spoke as a Luftwaffe spokesperson said in a statement that the country's air force will now have a multi-role warplane which can be used both against enemy aircraft and targets on the ground.

The spokesperson added that the Typhoon's advanced modification would mean "a huge technological step forward in digitalisation".

The European manufacturer of the Typhoons, Airbus, stated that the new "Eurofighter Tranche 4" is the best and most modern fighter aircraft that the company currently has to offer.

The Eurofighter contract is part of the German Defence Ministry's long-term programme to purchase at least 93 Eurofighter jets, something that stipulates replacing the Luftwaffe's fleet of ageing Tornado fighter jets that have been in service since 1983. A decision on the purchase of the remaining Typhoons is expected after federal elections slated for next year.

US Navy Mass Communication Specialist 2nd Class Sean M. Castellano
No End In Sight? US’ Troubled F-35 Program Still Struggles With Myriad Problems
The company's vice president for Europe, Jonathan Hoyle, claimed in an interview with the Financial Times at the time that the Bundeswehr's move may hamper its ability to operate on par with other NATO member states.

The fifth-generation stealth fighter jet, the F-35 is believed to be the most expensive warplane in history, with the budget for the plane's programme surpassing $1 trillion. Even so, the aircraft reportedly continues to face more than a dozen issues that could put the lives of pilots at risk.

Documents previously obtained by the news outlet Defence News indicate that some F-35 pilots experience cabin pressure spikes which cause them ear and sinus pain, while the jet receives structural damage at speeds beyond Mach 1.2 and has problems operating in areas with cold weather.