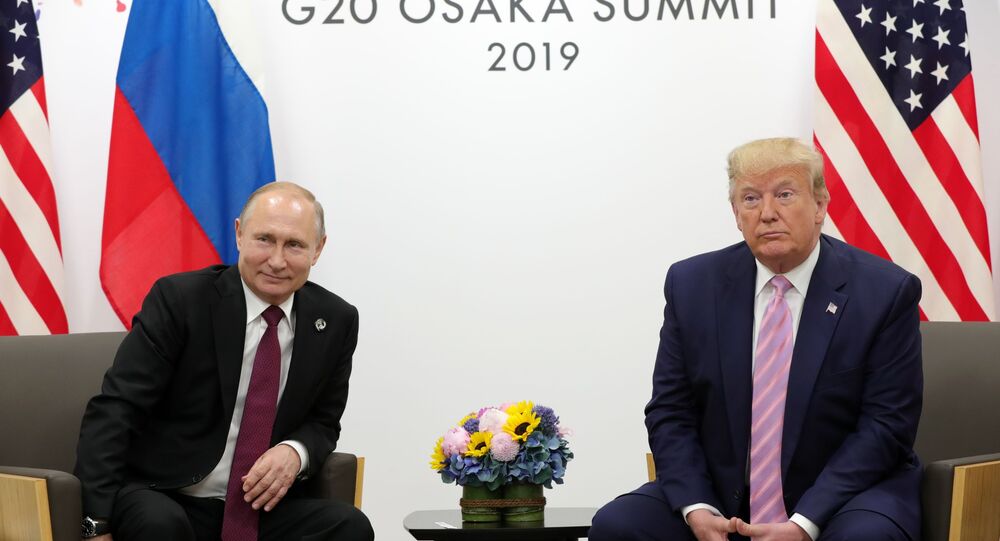 WASHINGTON (Sputnik) - Moscow is offering the United States to consider an arms control initiative proposed by President Vladimir Putin, the Russian Embassy in Washington has said.

"No one wants another missile crisis. President Putin's proposals provide compromise approaches for the benefit of all nations. We suggest that our [US] partners give them serious consideration", the Embassy tweeted.

Earlier in the week, President Putin proposed steps to de-escalate the situation in Europe following the termination of the Intermediate-Range Nuclear Forces (INF) Treaty in 2019. In return, US Special Presidential Envoy for Arms Control Marshall Billingslea accused Russia of "destroying" the INF by alleged cheating and expressed his scepticism regarding prospects of similar initiatives.

The INF Treaty, signed by the United States and the Soviet Union in 1987, banned all short-medium (310–620 miles) and intermediate (620–3,420 miles) range ground-launched missiles. The nuclear pact was terminated on 2 August 2019, at the US' initiative after the country had formally suspended its INF obligations six months earlier.