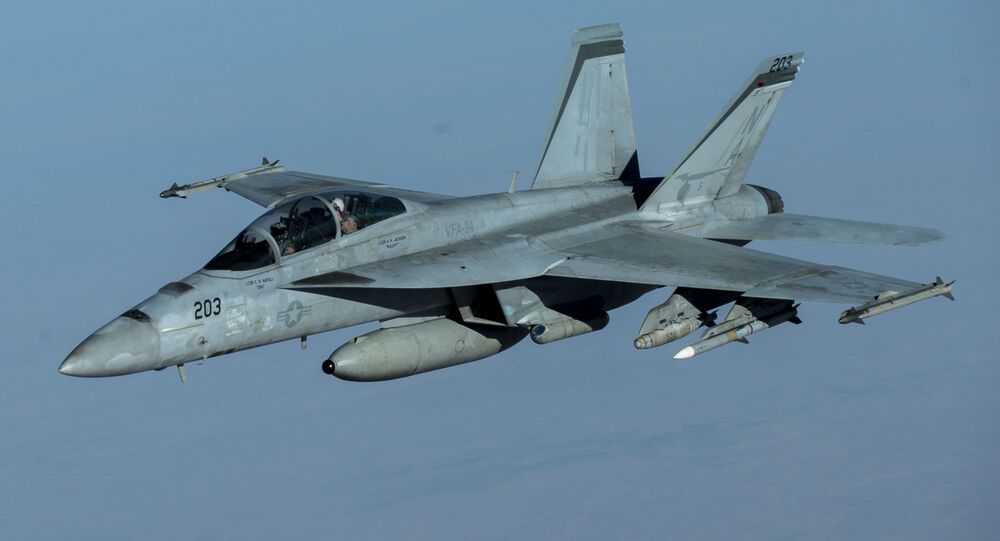 Earlier, two crashes had occurred within six days involving Navy aircraft, taking the lives of two crew members. An investigation into the causes of the incidents is currently ongoing.

The US Navy has issued a safety “stand down” that applies to all non-deployed aviation units as of Monday after two separate crashes, reported Fox News.

No additional information has been released to indicate how long the stand down will continue, as the causes of both crashes are under investigation.

The Commander of Naval Air Forces, Vice Admiral Kenneth Whitesell, was quoted as saying the pause would allow the service branch to focus on improving safety measures.

A corresponding official statement by the Navy reads:

"This stand down provides an opportunity for our aviation commands to focus on how to further improve operational risk management and risk mitigation across the Naval Aviation enterprise."

Earlier, two separate crashes involving navy aircraft marred what was a full fiscal year for the Navy and the Marine Corps without a single aviation-related fatality in nearly a century, according to the Naval Safety Center.

In the first crash, involving a Navy T-6B Texan II aircraft, two crew members were killed on Friday in Foley, Alabama. The plane, a "tandem-seat, turboprop trainer used to train Navy and Marine Corps pilots," hit a house and two cars. No civilians were injured in the incident.

T-6B Crash in Foley, AL:
A U.S. Navy T-6B Texan II aircraft crashed in Foley, Alabama, at approximately 5 p.m. CST today. The aircrew did not survive the crash. The names of the deceased will not be released until 24 hours after the next-of-kin notification.

​US Navy Lt. Rhiannon Ross, 30, of Wixom, Michigan, and Coast Guard Ensign Morgan Garrett, 24, of Weddington, NC, lost their lives in the crash.

​On 20 October, an F/A-18 Super Hornet crashed in California, during routine flight training near Naval Air Weapons Station China Lake, after experienced a “mishap", according to a social media post from the base.
The pilot managed to eject safely.

​In the wake of the two crashes, the Navy issued a statement that said:

"We remain the greatest aviation force in the world and are committed to learning from these incidents in order to avoid these tragedies in the future."

Just days preceding the crashes, Rear Adm. F.R. “Lucky” Luchtman, Naval Safety Center commander, had touted a “milestone”, as for the first time in recorded naval aviation history, the US Navy and Marine Corps closed out the previous fiscal year without a single aviation-related mishap.

“After 98 years of recorded aviation history, this unprecedented milestone serves as testimony to the Naval Aviation Enterprise’s tireless commitment toward fostering a safety culture of excellence,” read the official statement of the Navy.

Capt. Scott Kramarik, NAVSAFECEN’s director of aviation safety programs, had added that several factors had contributed to the success, particularly the training and commitment of aviators across the fleet.