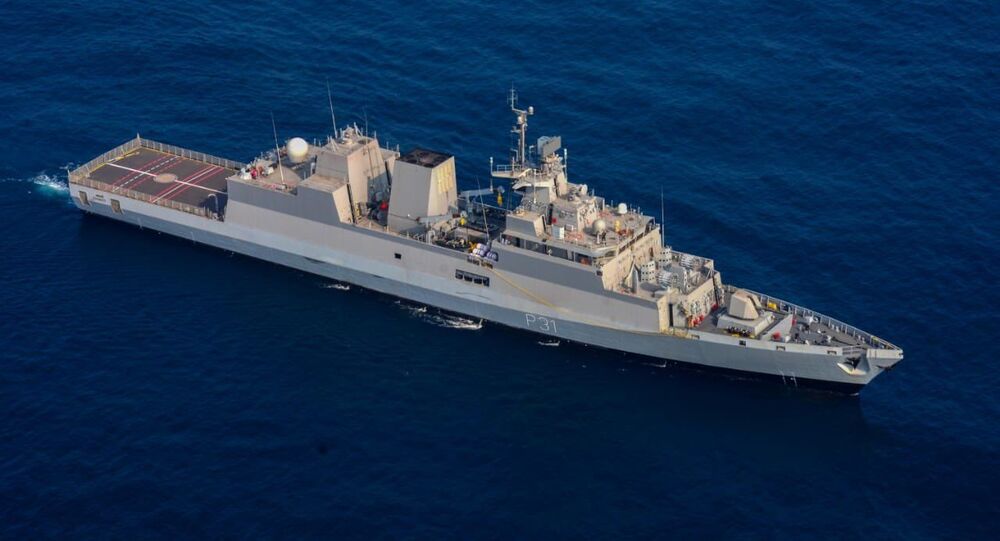 India’s Navy chief has been pointing out the increased presence of Chinese submarines and warships in the Indian Ocean as of late. Under “Mission Based Deployment”, the Indian Navy has reinforced its dominance in the region.

The Indian Navy inducted a potent stealth anti-submarine warfare corvette, the Kavaratti, on Thursday with an aim to further boost its capability in the Indian Ocean, where it is facing tough competition from the People’s Liberation Army Navy. The ship has up to 90% domestic content, but it joined the Navy four years later than planned, also running 250% over budget.

“Kavaratti has [a] state-of-the-art weapons and sensor suite capable of detecting and prosecuting submarines. The ship’s weapons and sensors suite is predominantly indigenous and showcases the nation’s growing capability in this niche area”, the Indian Navy said. The Navy claimed that the induction of the Kavaratti will enhance its war preparedness.

The Navy said that the ship, which can sail at a top speed of 25 knots, has a credible self-defence capability and good endurance for long-range deployments.

The Kavaratti's induction marked the end of Project 28, which was the Indian Navy’s most ambitious, most delayed, and most budget-busting warship project. Under Project 28, the state-owned shipbuilder GRSE has delivered four anti-submarine corvettes since 2012.

While maintaining that the Indian Navy cannot compete with China’s massive warship building owing to resource constraints, Indian Navy chief Admiral Karambir Singh said that New Delhi has a strategy in place to remain the dominant force in the Indian Ocean region. The Indian Navy has set up a network of coastal surveillance outposts in the region that would allow New Delhi to keep an eye on the Indian Ocean’s maritime traffic.