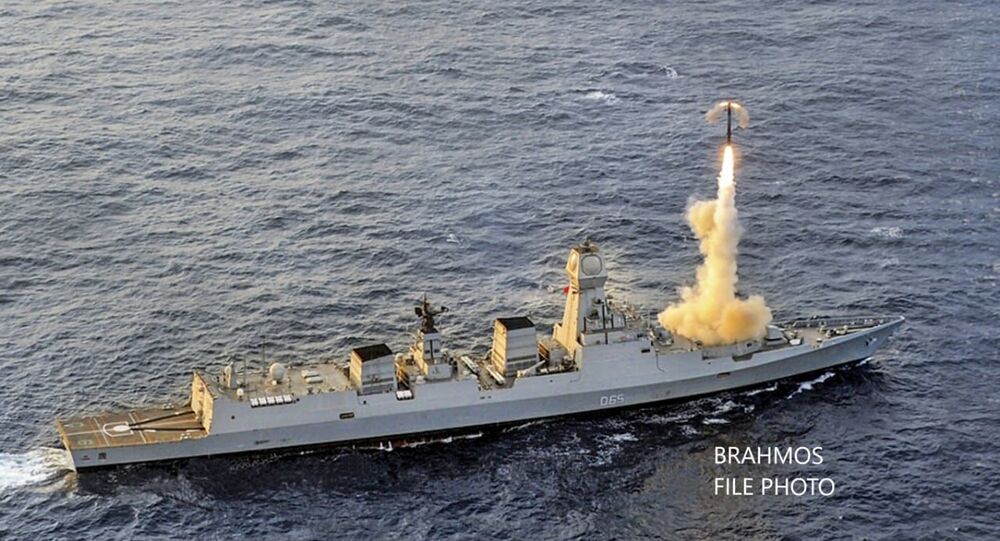 Amid its persisting standoff with China in eastern Ladakh, India successfully test-fired BrahMos supersonic cruise missile on Sunday from the Indian Navy’s locally-built stealth destroyer, the INS Chennai, which, unlike other destroyers, features 16 missile chambers instead of eight.

The missile successfully hit the target with pinpoint accuracy after performing extremely complex manoeuvres in the Arabian Sea.

BrahMos, as a ‘prime strike weapon’, will ensure the warship’s fortitude by engaging naval surface targets at long ranges.

​On 30 September, India had successfully test-fired a BrahMos supersonic cruise missile, with a domestically-manufactured booster from a test facility off the coast of the state of Odisha state.

The Brahmos supersonic cruise missile was held hailed as an important milestone in the Indo-Russian military partnership since the Defence Research and Development Organisation (DRDO) developed it in collaboration with Russian military technology firm NPOM.

India has conducted a slew of missile tests recently, including that of RUDRAM, which is the first India-produced anti-radiation, long-range missile developed in the country.