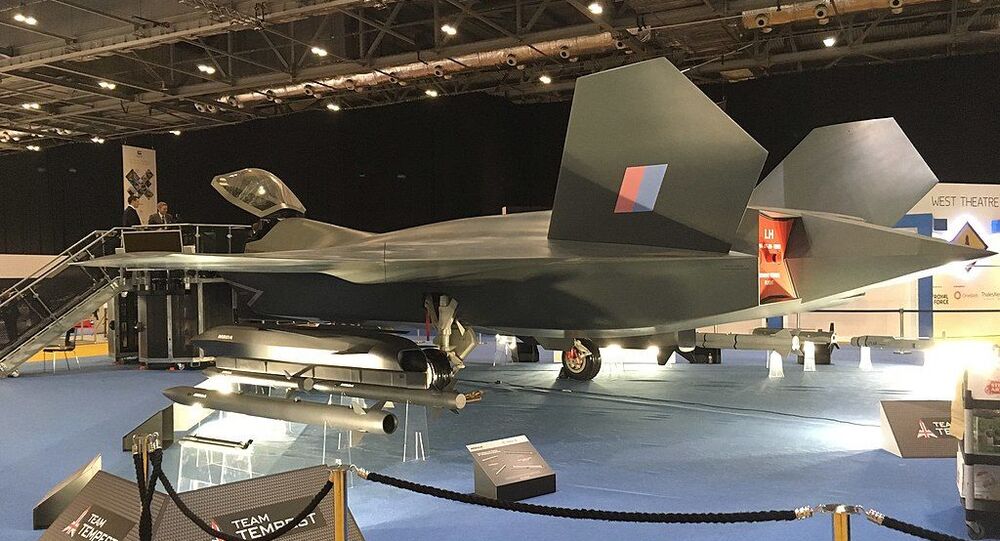 In January, Britain's Rolls-Royce reportedly presented a sophisticated jet engine that will power the RAF's sixth-generation supersonic fighter jet Tempest, expected to be fully operational before the end of 2035.

The Daily Star has cited unnamed sources as saying that the Royal Air Force (RAF)'s state-of-the-art fighter jet, Tempest, will be equipped with a "virtual assistant" so that it can take over the warplane if its pilot is "stressed or overloaded".

The sources added that the built-in AI co-pilot will be able to monitor the pilot's condition by analysing data from smartwatches, heart rate monitors, and a spate of other hi-tech devices.

The AI assistant could emerge in a cockpit like an on-screen avatar or in the style of a Twitter feed, according to the insiders.

Touching upon the issue, Suzy Broadbent of the UK aerospace and defence giant BAE Systems, for her part, said that in the future, they are "expecting the battlespace to be a lot busier and lot more congested than it is now".

"There's a potential for the operator to be overloaded with all the information that is out there. That's what we can do in this next generation is to start to look at things in virtual reality, using off-the-shelf technologies", she was quoted by the Daily Star as saying.

The engine is expected to provide the supersonic aircraft with thrust, as well as energy for future weapons systems and jet electronics.

The Tempest, a twin-engine sixth-generation plane, is being developed by British and European aerospace and military firms under the RAF's direction. First announced at the Farnborough Air Show in 2018, the new aircraft, which the Ministry of Defence hopes to put into service in 2035, was then provided with £2 billion ($2.6 billion) from the government for initial development capital through 2025.

Report Reveals Near Miss Between RAF Jets During Night Flight