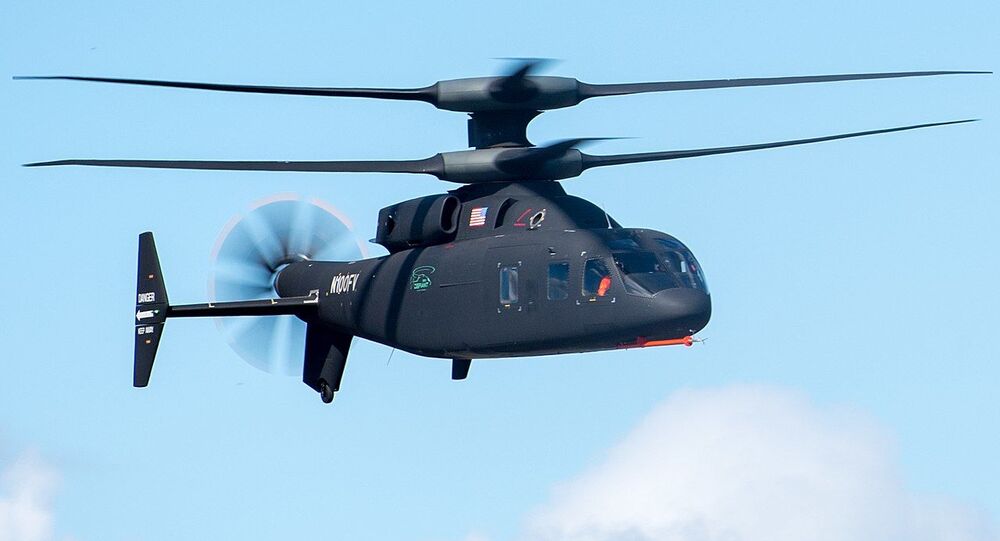 The Sikorsky-Boeing SB-1 Defiant, which represents a new generation of helicopters, aims to replace the iconic UH-60 Black Hawk and Apache copters currently in service with the US Air Force.

A video of the US Sikorsky-Boeing SB-1 Defiant coaxial demonstrator aircraft "reaching new speeds and flight maneuverability" has been published on the SB-1 defiant's official YouTube page.

The footage showed the new-generation helicopter hitting 232 knots (266 miles per hour) in descent, as well as 211 knots (243 miles per hour) in straight and level flight, in line with the US military's speed requirements related to its future Long-Range Assault Aircraft (FLRAA).

The clip was accompanied by captions reading that the SB-1 Defiant "brings speed, reach, lethality, and survivability to where it matters most […]".

The Sikorsky-Boeing team, in turn, said following the copter's 12 October flight that they were "excited about the results we are seeing and what the future holds for our ability to bring this capability to the warfighter".

Sikorsky, which is part of aerospace company Lockheed Martin, and aircraft manufacturer Boeing partnered to build the Defiant for the military as part of the Joint Multi-Role Technology Demonstrator (JMRT-D) programme.

The first ground tests of the SB-1, which can perform quicker deliveries of troops and equipment on the battlefield, were held in February 2019.

The Defiant was designed to be able to fly at a speed of more than 230 miles per hour. The copter includes a "coaxial rotor system and a large rear propeller that replaces the tail rotor found on conventional helicopters", according to the website Military.com.

Separately, the US Army  has awarded a contract to aircraft manufacturer Textron to build a tiltrotor-design helicopter, the V-280 Valor, which underwent its first test flight in December 2017. The Valor and the Defiant are both competing to replace the iconic UH-60 Black Hawk and Apache helicopters by 2030.