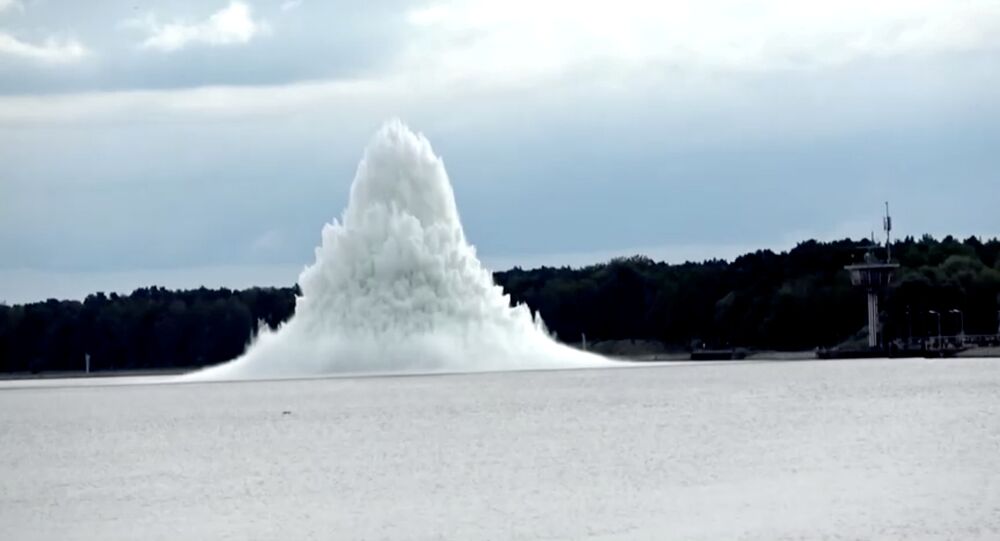 The bomb was dropped in the channel by Britain's Royal Air Force (RAF) reportedly in a bid to sink the Nazi warship Lützow at the end of the Second World War.

A 12,000-pound Tallboy, also known as an "earthquake" bomb, has exploded in the Szczecin-Swinoujscie shipping channel in northwestern Poland following a deflagration process.

The Polish Ministry of Defence has posted a video of the blast on social media, adding that the object no longer poses a threat to the nearby area. The footage captures the explosion from both angles, as it sends a massive spout of water up into the air.

#Tallboy, the largest unexploded #WWII bomb detonated💣
-
Lt Cmdr G.Lewandowski, 8th Coastal Defence Flotilla: The deflagration process turned into detonation. The object can be considered neutralised, it will not pose any more threat to the Szczecin-Swinoujscie shipping channel. pic.twitter.com/xHkRzAaONn

The bomb was discovered underneath a waterway leading to the port of Szczecin in September last year and on Tuesday, the Polish navy attempted to neutralise it through deflagration, a process which should actually result in burning, rather than an explosion, the ministry's spokesman told media. Prior to the deflagration, however, the authorities said there was a 50-50 chance of success.

According to the authorities, all mine divers were outside the area of the explosion and no one was injured as a result, though the blast was felt by residents in the town of Swinoujscie.

Tallboy was developed by British engineer Barnes Wallis during the Second World War.