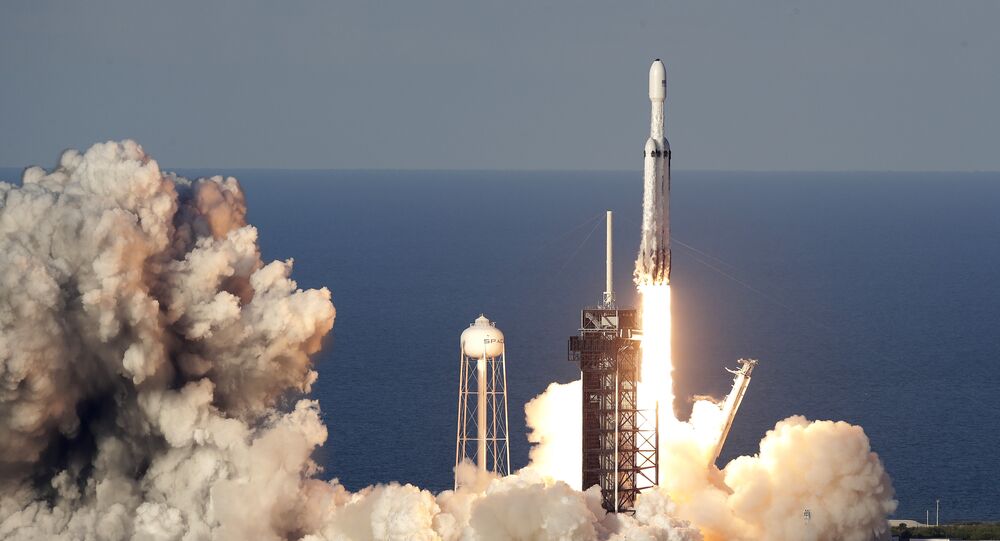 On Wednesday, the head of US Transportation Command (TRANSCOM) announced a new partnership with private space firms SpaceX and XArc to develop space-based cargo transport, something the Pentagon says has “the potential to be one of the greatest revolutions in transportation since the airplane.”

“Think about moving the equivalent of a C-17 payload anywhere on the globe in less than an hour,” TRANSCOM chief US Army Gen. Stephen R. Lyons said at a virtual Wednesday meeting at Scott Air Force Base in Illinois.

“Think about that speed associated with the movement of transportation of cargo and people. There is a lot of potential here, and I'm really excited about the team that's working with SpaceX on an opportunity, even perhaps, as early as [2021], to be conducting a proof of principle,” Lyons said.

TRANSCOM deputy commander US Navy Vice Adm. Dee Mewbourne further noted, “For the past 75 years or so, we have been constrained to around 40,000 feet altitude and 600 miles per hour in our very fastest method of logistics delivery - airlift.”

According to the Times of London, the roughly 7,600-mile trip from Florida to Afghanistan would take just an hour via space cargo rocket, but a C-17 Globemaster III transport aircraft would take 15 hours to fly the distance.

Under the new program, the Pentagon will support the efforts of commercial space-faring companies like SpaceX and XArc in their development of space-based cargo transportation with the intention of developing a “space transportation surge capability agreement” similar to the Civil Reserve Air Fleet emergency preparedness program.

What kind of transportation system the Pentagon envisions is unclear: while SpaceX has spent years developing reusable rocket technology that includes landing a rocket on a seaborne platform, it’s also possible these cargo trips could be one-way, launching up and then parachuting down over their destination.

The news comes just days after SpaceX received another contract from the Pentagon to build four ballistic missile early warning satellites for the US Space Force. That deal is worth $149.1 million, and the satellites will be based on SpaceX’s Starlink broadband network satellites.