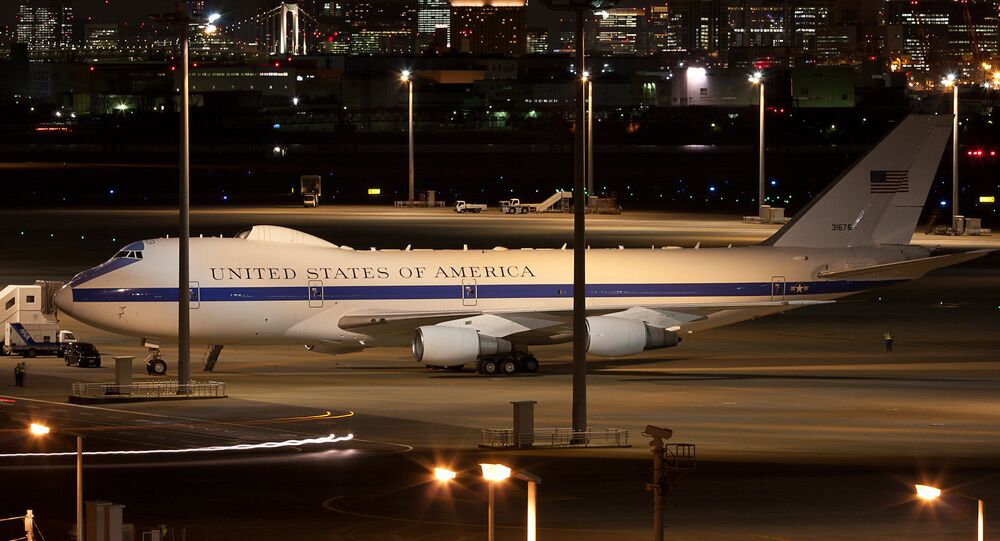 The US Air Force has canceled a planned announcement that it would begin receiving proposals for a replacement to the aging E-4B Nightwatch, a modified Boeing 747 that could take over the Pentagon’s duties in the event of a nuclear conflict.

A request for proposals originally planned to be announced in December has been indefinitely delayed and for unknown reasons, the Air Force Life Cycle Management Center said in an update to a posting on government contract site beta.SAM.gov on Friday.

The Nightwatches are a class of four aircraft, highly modified Boeing 747 airliners intended to host the secretary of defense and become a mobile command post in case the Pentagon is destroyed in a conflict, being specially modified to survive the electromagnetic pulse of a nuclear blast. However, in the absence of a nuclear war, the Nightwatches have become the secretary of defense’s typical air transport, since they provide the secretary with the ability to work “in the office” even while traveling.

This has left its mark on the jets, however, and the aging planes are spending considerable amounts of time in repair or storage to make sure they can fly in the coming years if they are actually needed, and their secondary job of ferrying the Pentagon chief has been passed to other aircraft, like the C-32.

As a result, the Air Force sought some $16.6 million in December 2019 to explore replacing the aircraft, with the successor being dubbed the Survivable Airborne Operations Center (SAOC). It had planned to unveil that competition this coming December in order to kick off the design competition in 2021, but that has now been delayed.

According to Military.com, at least part of the reason might be an ongoing dispute with the US Navy over whether or not to roll the duties of the E-6B Mercury, an aircraft that shares the moniker “doomsday plane,” into the SAOC. Defense One noted in 2017 that US President Donald Trump had set aside $7.8 million to develop a “uniformly-configured aircraft.”

Like the Nightwatches, the Mercury fleet are modified airliners - in this case Boeing 707s - intended to become mobile command posts in case of conflict or an attack on the homeland. However, while the Nightwatch would become an ersatz Pentagon, directing the fight from high above, the Mercury’s job is to relay launch orders to the country’s nuclear arsenal, especially the 14 Ohio-class ballistic missile submarines silently prowling the world’s oceans.

Both aircraft have been flying since the 1970s, making the E-4Bs among the oldest 747s still in use, along with the president’s own Air Force One fleet.