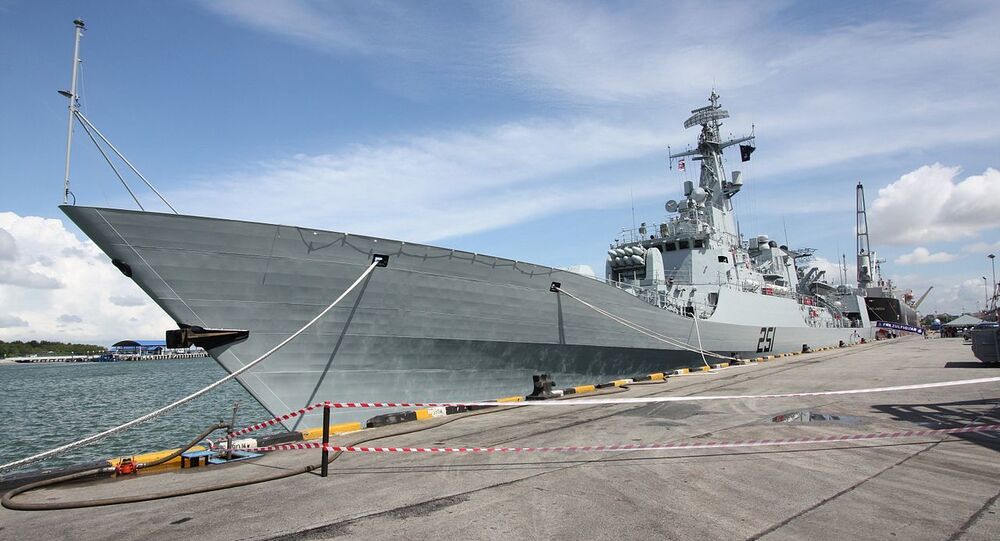 The foreign ministers of the Quad - India, the US, Japan, and Australia - met in Tokyo on Tuesday in an attempt to lead a regional initiative called "Free and Open Indo-Pacific" aimed at countering China's growing assertiveness in the region.

On the day of the Quad members meeting in Tokyo, Pakistan Navy Ship (PNS) Zulfiquar participated in the Passage Exercise with the Japanese Maritime Self-Defence Force Ship Onami in the Gulf of Aden.

A Pakistan Navy spokesperson informed on Tuesday that both the ships are currently operating in the Gulf of Aden as part of international efforts to counter piracy and ensure security of international shipping.

© AP Photo
India on High Alert as Defence Chief Talks of Coordinated Threat From China, Pakistan
The exercise encompassed various operational serials with the “aim to enhance interoperability and augment collaborative efforts to ensure maritime security in the region”.

Japan is an important member of the Quad which is discussing building a formidable force in the Indo-Pacific region to counter the growing military might of China, which has termed itself as the “iron brother” of Pakistan.

“We remain committed to upholding the rules-based international order, underpinned by the rule of law, transparency, freedom of navigation in the international seas, respect for territorial integrity and sovereignty and peaceful resolution of disputes”, S. Jaishankar, India's foreign minister said at the Second Quad Ministerial Meeting in Tokyo.

In the last week of September, Japan's maritime forces carried out a three-day exercise with the Indian Navy in the northern Arabian Sea, which is close Pakistani water.