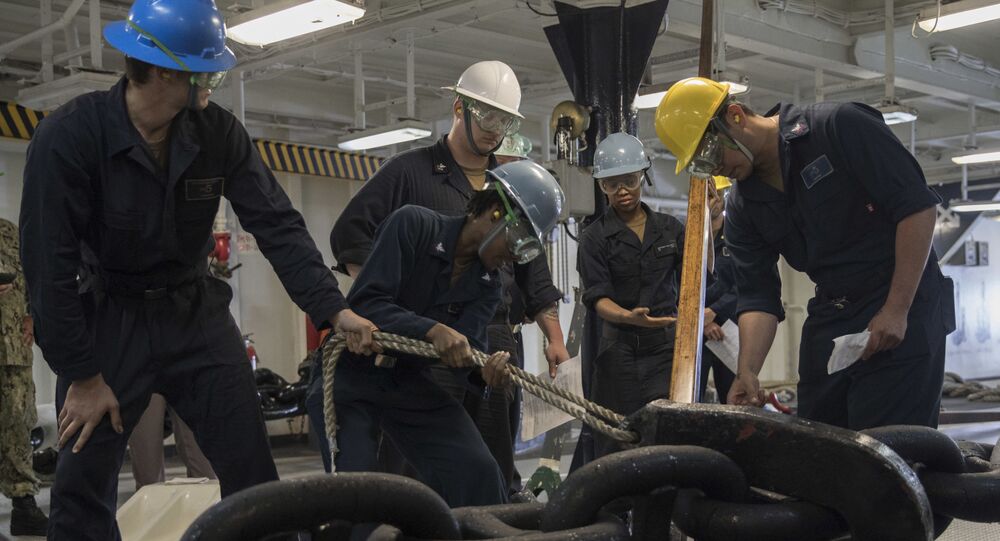 According to the latest report on inspections of US Navy surface warships, the aging fleet’s propulsion, electrical and Aegis combat systems are all showing their age. The sobering report comes after changes in the inspection process which make the examinations more rigorous and less predictable than before.

The US Navy’s surface combatants are scoring more and more poorly on reports by the Navy’s Board of Inspection and Survey (INSURV), a body created by Congress to ensure fleet readiness. According to Defense News, INSURV’s most recent annual report marked significant drops in the readiness of key systems on many warships.

Other systems that have been in decline include the Aegis combat system, which governs the defensive and offensive missile systems of the Navy’s guided missile cruisers and destroyers and scores of which slipped by 9%, and aviation systems for surface combatants, down by 12%.

However, according to the Navy, the lower scores are a result of a more honest assessment of the fleet’s readiness. Last year, changes to the inspection regimen made them both more rigorous and less predictable, eliminating the possibility of requesting a deferment of the inspection. Cmdr. Nicole Schwegman, a spokesperson for Naval Surface Forces, said ships would request parts from other ships in order to score higher on INSURV inspections.

“Because ships knew exactly when the inspection would occur, they were able to put their best foot forward during the exam,” Schwegman told Defense News. “As a result, Navy leadership directed that future INSURV inspections be performed at any time during a ship’s [deployment cycle], and with minimal notice … The inspection is therefore more ‘come as you are’ than it has been in the past.”

In March, the Navy said it planned to cancel service life-extending upgrades to the first 27 Arleigh Burke-class destroyers built nearly 30 years ago, even as it sets lofty goals for expanding the size of the fleet in coming years. Sputnik has also reported that the Navy’s shipbuilding budget and schedule remain inadequate to meet the service’s stated goal of a 355-ship fleet by 2030.