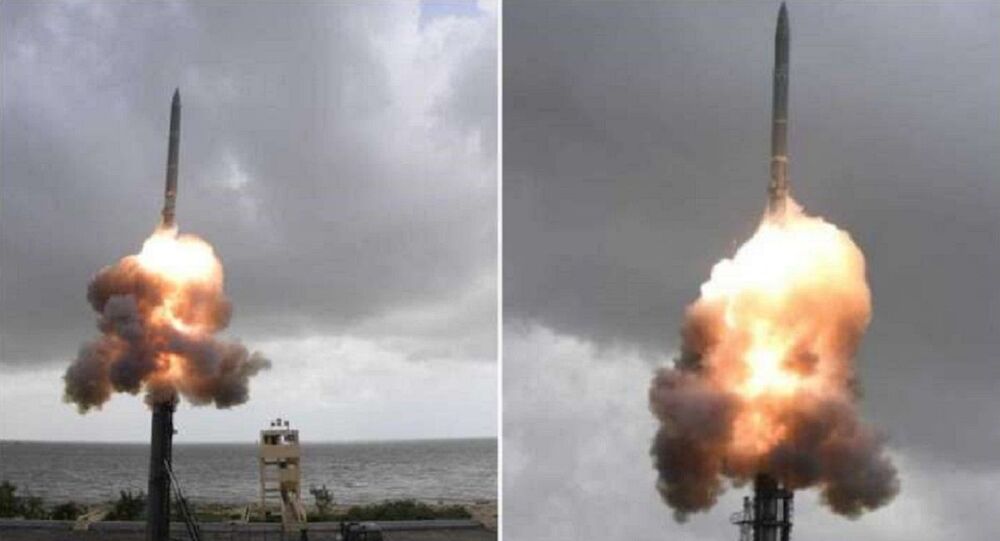 Amid the increasing presence of the People's Liberation Army's Navy submarines in India's backyard, the Indian Navy has been acquiring a range of weapons that can assist its dominance in the Indian Ocean. Indian defence scientists have developed anti-ship missiles that can destroy targets miles away.

India's Defence Research and Development Organisation (DRDO) has successfully test fired Supersonic Missile Assisted Release of Torpedo (SMART) from Wheeler Island off the coast of Odisha. SMART is a hybrid weapon system where two weapons capabilities are joined to make one weapon system that vastly expands the range and speed of a weapon system.

© AFP 2020 / STEPHANE DE SAKUTIN
China Enters Indian Ocean at Time of COVID-19 Crisis, India’s Navy Hurting More Than Expected
The Indian Defence Ministry claimed that all the mission objectives including missile flight up to the range and altitude, separation of the nose cone, release of torpedo, and deployment of "Velocity Reduction Mechanism have been met perfectly".

The system, considered the "mother of all naval weapons", has a range of around 350 nautical miles and can engage hostile submarines from nearly half a sea away.

"This will be a major technology breakthrough for standoff capability in anti-submarine warfare. I congratulate the DRDO and other stakeholders for this significant achievement", Indian Defence Minister Rajnath Singh said after the successful test.

The Indian Navy has already deployed the BrahMos supersonic anti-ship and land-attack cruise missile as well as the domestically-manufactured Varunastra heavyweight torpedo.

For the past few years, the Indian government has expedited the development of its strategy to enhance its ability to conduct surveillance of Chinese warships and submarines entering the India Ocean Region (IOR) through the nearby Malacca Strait — one of the busiest shipping lanes in the world.

Countries like China, Russia, and the US have SMART type weapons too. China has developed Yu-8 anti-submarine missile which works on the same hybrid principle of SMART weapons system but has a range of only 40 km.