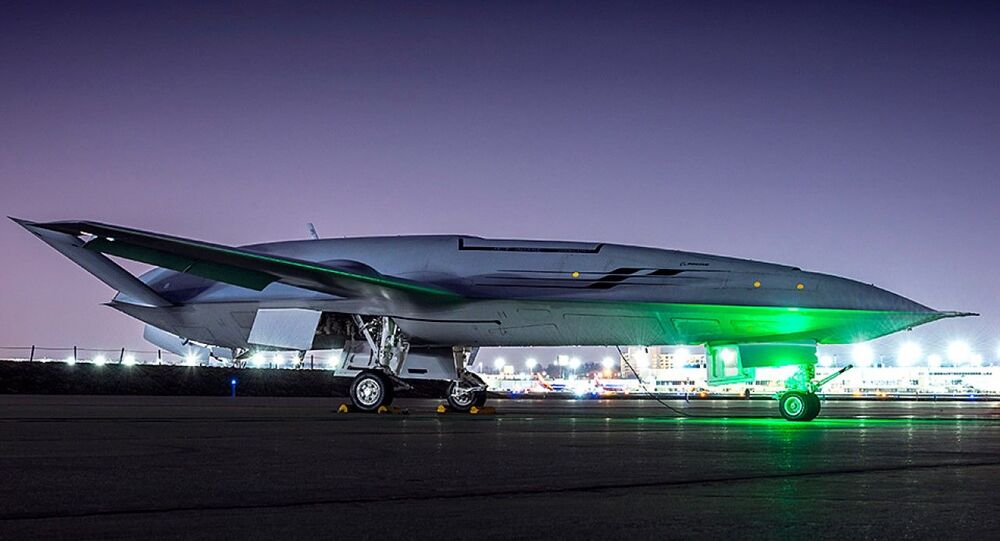 On Thursday, the US Navy officially “stood up” its first squadron to operate MQ-25 Stingray aerial refueling drones. The unmanned aerial vehicles will one day be based on aircraft carriers, but right now, the service doesn’t even have a prototype Stingray, just a demonstrator.

According to Navy documents obtained by The Drive, the US Navy established Unmanned Carrier Launched Multi-Role Squadron 10 on Thursday. The unit is based at Naval Base Ventura County in southern California and will primarily serve as a training unit to supply the fleet with capable drone operators, according to the documents.

Once operational, the drone will be able to significantly extend the range of a carrier’s air wing - a valuable commodity when trying to exert control over contested seas. It will take over this role from specially modified versions of the F/A-18F Super Hornet.

However, at the present the Navy doesn’t have a single MQ-25; since last September, the Navy has been flying a T1 demonstrator aircraft. Defense contractor Boeing is building four Engineering Development Model prototypes for the Navy under an $84.7 million April contract. The first is expected to be delivered next year and the last by 2024, the year the Navy hopes to begin using the Stingray.

The Navy plans to eventually buy 72 Stingrays at a cost of roughly $13 billion.

In June, the Government Accountability Office (GAO) warned that if several aircraft carriers then docked for repairs didn’t finish their scheduled upgrades that will allow them to use the MQ-25 before they put to sea again, it could delay the Stingray program by as much as three years.

“Program officials stated that, among other things, the Navy’s potential inability to maintain its schedule commitments could require modifications to the contract that would impact the fixed price terms,” the GAO warned in a June 3 report. The aircraft carriers USS Carl Vinson and USS George H.W. Bush both require special control and networking equipment to be installed so they can fly the drone from their flight decks.

“Specifically, the Navy faces limited flexibility to install MQ-25 control centers on aircraft carriers. If the Navy misses any of its planned installation windows, the program would have to extend MQ-25 development testing by up to 3 years,” the report stated, noting that “such a delay could necessitate a delay to initial capability and result in a cost increase.”

According to Breaking Defense, the Carl Vinson’s work was completed on schedule before the ship returned to duty in San Diego in August, but the Bush will remain in Virginia for upgrades until June 2021.

Naval Base Ventura County, where the Stingray training squadron was established, is also home to the Navy’s first MQ-4 Triton surveillance drone unit, at the base’s Point Mugu installation.

Point Mugu is also where the Navy and US Air Force recently wrapped up joint drills demonstrating the ability of MQ-9 Reaper drones to support maritime patrol and amphibious assault missions. As Sputnik reported, personnel at the “Agile Reaper” exercises wore special arm patches showing a Reaper flying over a map of China and bearing a “Grim Reaper” icon under the wing - something Beijing decried as an “arrogant provocation.”