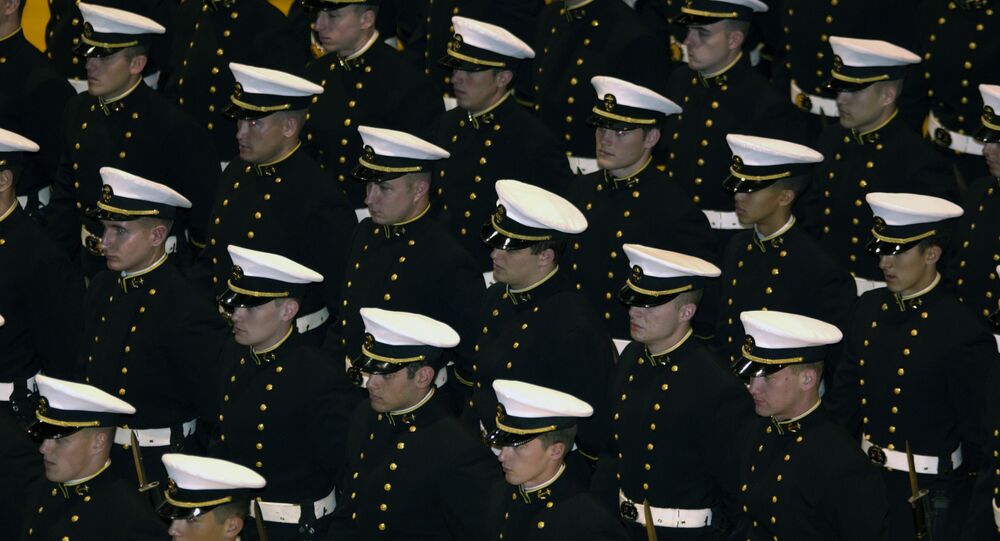 A 21-year-old cadet of the US Naval Academy claims service leadership is violating his First and Fifth Amendment rights and intends to expel him from the military school over social media posts that many have deemed racist.

Midshipman (MIDN) Chase Standage and his lawyers filed a complaint for declaratory and injunctive relief on September 30, claiming the Naval Academy had no legal basis to launch a probe into posts issued from his since-deleted Twitter account, reported Courthouse News.

The investigation was launched in June after several individuals called out Standage’s “racist posts and comments on social media” and after Naval Academy Superintendent Vice Adm. Sean Buck released a video stating that racism and bigotry would not be tolerated at the school.

“Go ahead, cut funds to the police … Community policing by building relations is expensive and timely, anyways. Bullets, on the other hand, are cheap and in ready supply,” he tweeted over the summer in reference to the “Defund the Police” movement, which seeks to lower police brutality and expand public government services through a reappropriation of taxpayer funds.

He also issued tweets referring to so-called Antifa protesters and rioters as “terrorists.”

“This is really a case of first impression,” said Standage’s attorney Jeffrey McFadden in a phone interview with Courthouse News. “This guy is the first casualty in the academy’s unconditional adoption of the woke culture.”

“The next steps we take, as an institution, to create an inclusive environment to accomplish our mission will be far more difficult than removing a simple plaque,” Buck said in the video, released ahead of the initial June probe into Standage’s posts.

“The allegations set forth throughout the complaint make clear that the Superintendent, Commandant, and Deputy Commandant are intent on turning the Naval Academy into an ‘anti-racist’ laboratory and re-education camp,” the complaint argues.

Though the investigation into the midshipman’s tweets wrapped late last month, the Naval Academy only announced that the “appropriate administrative action” had been taken against Standage. According to the midshipman’s Wednesday filing, the decision handed down was expulsion.

An annual survey by the MilitaryTimes of 1,630 active-duty members of the US Armed Forces in fall 2019 revealed that 36% of respondents had observed evidence of “white supremacist and racist ideologies in the military.” This presented a sharp uptick from the 22% of 829 active-duty respondents who claimed to have seen white supremacist signs in a 2018 poll.

The 2019 survey also revealed that minorities in the US military were “significantly more likely to report cases of racist behavior than whites (53 percent to 30 percent).”