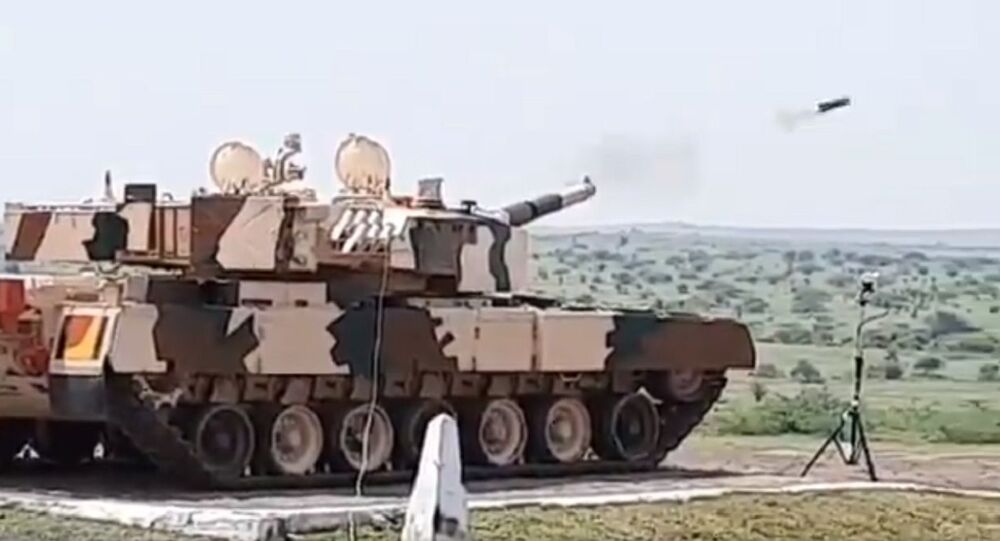 The home-grown laser-guided weapon system will significantly enhance the firepower capability in the Himalayan region, where the Indian Army is amassing its assets to counter China amid a five-month stand-off.

A laser-guided anti-tank missile, with a range of more than four kilometres, has been successfully test fired at a firing range in Maharashtra's Ahmednagar, the developer, the Defence Research and Development Organisation (DRDO), said on Thursday.

The missile, which was fired from the third-generation Arjun main battle tank, hit targets with total accuracy and precision.

“The ATGM employs a tandem HEAT warhead to defeat Explosive Reactive Armour (ERA) protected armoured vehicles in ranges from 1.5 to 5 km. It has been developed with multiple-platform launch capability and is currently undergoing technical evaluation trials from 120 mm rifled gun of MBT Arjun”, a statement issued by the Defence Ministry reads.

​The all-weather fire and forget missile can engage targets both in direct-hit mode as well as top-attack mode.

The Indian Army has deployed tanks, anti-tank guided missiles, BrahMos and Abhay missiles, as well as subsonic Nirbhay missiles to counter China in the event of a worst-case scenario.