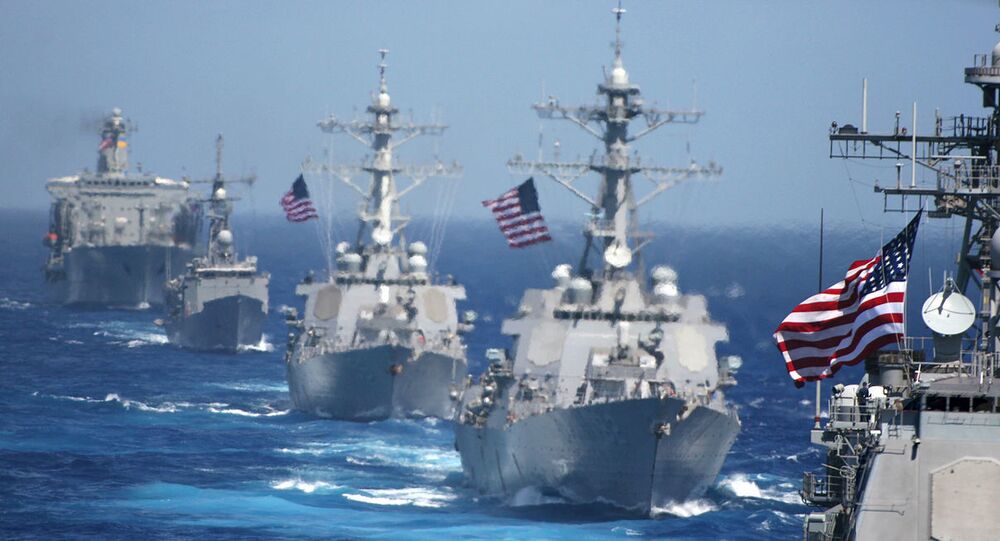 According to files from an upcoming report, the US Navy is looking at expanding far beyond its already-ambitious goal of 355 ships, with some proposals suggesting a fleet of 530 ships, many of which would be unmanned.

According to Defense News, which viewed some of the supporting documents for the forthcoming Future Navy Force Study, the Navy wants to significantly restructure its fleet as part of a vast expansion. The fleet envisioned by the two groups commissioned by Secretary of Defense Mark Esper foresees a lighter force with more ships, including large surface combatants, but fewer aircraft carriers. Many of these ships will be either unmanned, optionally manned or have vastly reduced crew requirements, all thanks to artificial intelligence.

However, the fleets these groups are envisioning are truly vast: between 480 and 534 ships, a 35% increase in size over the already-set goal of 355 ships. The US Navy presently has 293 hulls in service, including surface and subsurface vessels.

“One of the ways you get [to a larger fleet] quickly is moving toward lightly manned [ships], which over time can be unmanned,” Esper told Defense News in February. “We can go with lightly manned ships, get them out there. You can build them so they’re optionally manned and then, depending on the scenario or the technology, at some point in time they can go unmanned.”

Last week, Esper told an audience at the Rand Institute think tank that even though China’s People’s Liberation Army Navy is larger than the US Navy and has set an ambitious, 425-ship fleet goal, the US force is still more powerful. However, he also suggested the US Navy would continue to grow past 355 ships in order to maintain that supremacy.

The principle is not unlike that adopted by the British Royal Navy in the years prior to World War I: faced with a rapidly expanding German navy that threatened to challenge its supremacy on the high seas, London established a mandatory 3:2 ratio of capital ships with the Central European empire, ensuring it would always have more than Berlin.

Meanwhile, the US Navy continues to lag behind even its own shipbuilding timetable for reaching a 355-ship force by 2030. A September 17 report by the Congressional Research Service noted that the Navy’s 2021-2025 five-year shipbuilding plan is short 13 ships compared to its initial plan filed in fiscal year 2020, with just 42 new ships being built instead of 55.

According to the report, Navy officials fear creating a “hollow force” - one that exists on paper, but lacks the sailors to adequately staff and maintain the whole fleet. The Navy is already short on personnel, coming up 9,000 sailors short in a February report. However, in May, Chief of Naval Personnel Vice Adm. John Nowell Jr. said he was “cautiously optimistic” the Navy would hit its recruitment goal of 40,800 new personnel for fiscal year 2020, which ends on October 1.

Sputnik reported that Navy ships are already running with far less crew than they should have: for example, on average, only about 265 officers and crew deploy on an Arleigh Burke-class guided-missile destroyer, the Navy’s surface fleet workhorse. According to a Navy info page, the warship should deploy with 323 souls aboard.

“There are certain ship classes that don’t even exist right now that we’re looking at that will be added into that mix, but the broad message is, it’s going to be a bigger fleet, it’s going to be a more distributed fleet, it’s going to be a more agile fleet,” then-acting Navy Secretary Thomas Modly told USNI News in February, when he ordered the comprehensive force structure assessment. “And we need to figure out what that path is and also understand our topline limitations, because no one wants a 355-plus fleet that’s hollow, that we can’t maintain. So we’re looking at balancing all those things.”