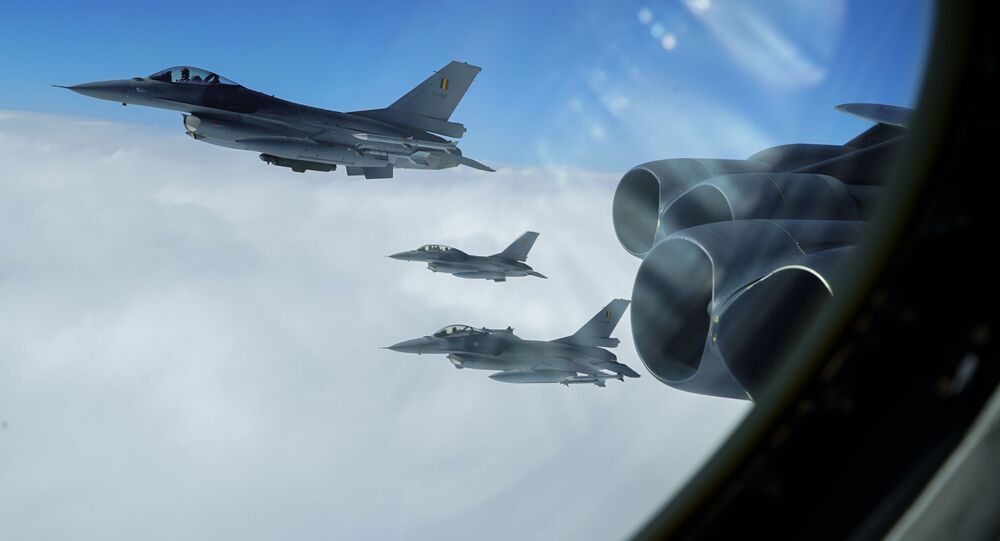 Amsterdam claims the Royal Netherlands Air Force (RNLAF) was unable to participate in the US’ NATO-inclusive Operation Allied Sky because its US-made F-35 Lightning II aircraft had vulnerable fuel tanks due to pipe damage of unexplained origins, making them unsafe to fly in thunderstorms.

“Damaged pipes have been found on F-35A fighters. These are pipes from the On-Board Inert Gas Generation System (OBIGGS) in a fuel tank,” read a Friday release issued by the Dutch Ministry of Defense.

“All countries with F-35As were advised to avoid flights near storm cells and to protect the aircraft on the ground by a shelter or lightning rod. This is stated in the 21st annual progress report VF-35 published this week.”

This explanation was provided weeks after the RNLAF announced it would not be taking part in what the US military described as a “display of commitment to European security and solidarity.”

“Due to weather conditions, our participation in Operation Allied Sky is canceled,” a translated tweet from the service read.

Sputnik reported late last month that the US-led operation was set to include all 30 NATO member states in a single day to “demonstrate NATO solidarity, enhance readiness and provide training opportunities aimed at enhancing interoperability for all participating aircrews."

Today the US shows their powerful commitment to #NATO with six B-52 bombers overflying all 30 Allies. They will be accompanied by dozens of aircraft from across the Alliance. Working together, we fulfil our core mission: to deter aggression, prevent conflict & preserve peace. pic.twitter.com/dJk0g8IHUp

“The OBIGGS ensures that the risk of explosion of fuel vapors in the event of, for example, a lightning strike is reduced to a minimum. The damaged pipes can make the fuel tanks less well protected,” the Dutch Ministry of Defense highlighted in its Friday release.

The Aviationist’ David Cenciotti reported that Dutch Ministry of Defense spokesperson Sidney Plankman spoke with Dutch outlet Algemeen Dagblad and confirmed that while the RNLAF intended to escort B-52s during Operation Allied Sky, “there was a great risk of lightnings that day. Therefore we have decided not to do it.”

According to the Cenciotti, issues with the OBIGGS were first identified in 2009 and have persisted for over a decade. While a grounded F-35 Lightning IIs can be protected by lightning rods, “it looks like there is no other way to safeguard the precious aircraft than keeping it away from thunderstorms when it is airborne,” he wrote.