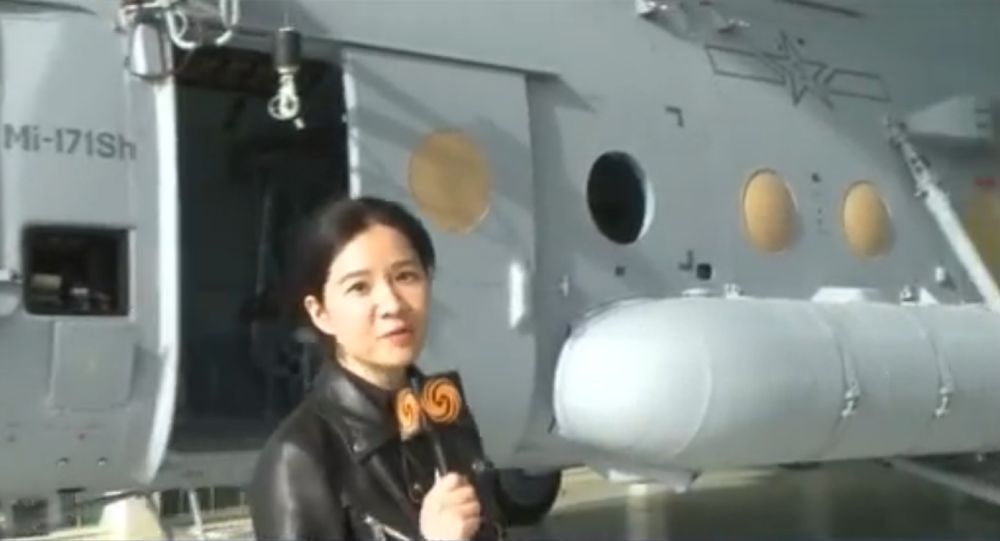 On September 15, China’s Phoenix TV ran a segment about the Ulan-Ude Aviation Plant’s long history of building helicopters for the PLA. However, the segment featured some interesting snapshots, including several Mi-171Sh helicopters painted in an unusual PLA scheme.

Some news on the latest Mi-171Sh were revealed.

​Beijing buying Mi-17s is by no means new: various versions of the highly successful Russian helicopter continue to find steady use across the Chinese armed forces. However, China last took delivery of a batch of Mi-171Sh helicopters in 2014, when its contract with Russian military tech exporter Rosoboronexport for 165 of the Mi-171Sh ended.

Further, the Mi-171Sh is an assault version of the Mi-17 made to match the weapons capabilities of the Mi-24 gunship (NATO reporting name “Hind”), and China has in recent years introduced its own indigenously made helicopters capable of filling this role, such as the Changhe Z-8G/L and the Harbin Z-20. Why the PLA would need to buy assault helicopters abroad at this point is not known, but Chinese military aerospace observer Andreas Rupprecht has suggested it might simply be a stopgap measure to fill an immediate need while domestic production of the other choppers ramps up.

One option floated by The Drive is that the Hips are being procured with a view toward future conflict with India along the disputed border through the Himalayan Mountains. While the newly unveiled, upgraded version, the Mi-171Sh-VN, is reported to sport the increased thrust-to-weight ratio necessary to operate at higher altitudes, there’s no indication the choppers spotted in the video are from this new stock.

The Drive also suggested they could be for some kind of special operations forces, which would also explain their unique gray paint scheme. PLA Army Aviation tends to paint its helicopters either dark green or tan, but the colors of the choppers seen in the video look more like naval livery.