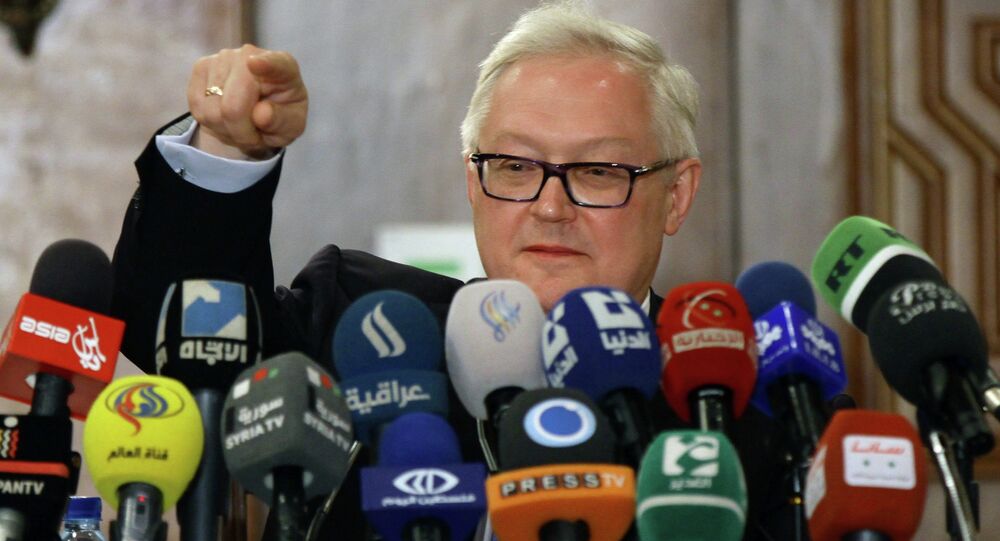 Earlier in the day, Russia's ambassador to the United Nations, Vassily Nebenzia, said that the Russian Federation will find effective ways to protect itself if no agreement is reached with the United States on extending the New Strategic Arms Reduction Treaty (New START).

Russian Deputy Foreign Minister Sergei Ryabkov stated on Monday that he was pessimistic about the possibility of the prolongation of the New START treaty.

"In my point of view, chances of extending the New START are minuscule," Ryabkov said.

"We have created all the necessary systems, we have the potential to guarantee our national security and security of our allies no matter how the situation develops. We are in favour of preserving arms control in the nuclear sphere because we think this is good from the strategic stability point of view, because we believe it is an efficient way to guarantee security," Ryabov added, pledging that Russia will not be dragged into an arms race.

The US-Russian agreement on the New Strategic Arms Reduction Treaty (New START) is possible only if the United States abandons referendums, according to Ryabkov.

"It is up to the United States. The ball is in their court. Either they give up their ultimatums and then we can start the talks about something or there's no deal," the diplomat said.

The problem with the New START is that it does not include a whole range of systems that the US is now building, Ryabkov said. Russia is ready to discuss New START with any US administration, the deputy minister said.

"We will see if the US administration, whoever comes to power after the November 3 election, is interested. To deal with problems, which we are interested in: US defense system, the prospects for the appearance of combat arms in space, new systems, including of strategic range and regular munitions. US hypersonic [systems], US cruise missiles of all types, which until recently have not been covered by any arms control treaties," Ryabkov said.

© Sputnik / Vladimir Astapkovich
Russia Will Find Efficient Ways to Defend Itself if New START Not Extended, Envoy to UN Says
US Special Presidential Envoy for Arms Control Marshall Billingslea told Russian newspaper Kommersant that the New START, which is the only remaining Russian-US arms control deal in force, will not be extended if Washington and Moscow fail to conclude a relevant presidential memorandum by February.